Home Lightbox An Incident to Remember

Over two decades later, the 1999 ‘honor killing’ of Samia Sarwar remains a blot on Pakistan’s claims of equal rights for women 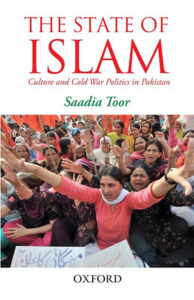 In her 2011 book, The State of Islam: Culture and Cold War Politics in Pakistan, Saadia Toor narrates an incident from 1999 at the office of Lahore’s “women lawyers” Asma Jahangir and Hina Jilani, accurately highlighting the “cultural” opposition to women’s rights in the country at all levels, from the executive to the judiciary.

The narrative, reproduced below, gives an insight into the failure of the state in Pakistan to ensure that men and women are treated as equal human beings. The human rights issue is a part of the ideological narrative of the state, which is not open to reinterpretation to prevent it from becoming obsolete.

Murder in a lawyer’s office

The case through which the issue of “honor killings” exploded onto the national stage was that of Samia Sarwar. On April 6, 1999, 29-year-old mother-of-two Samia was brazenly murdered in her lawyer’s office by her family for daring to get a divorce. She had been married for almost 10 years to her maternal cousin, a doctor who was a drug-addict and physically abusive; she finally left him after he pushed her down the stairs while she was pregnant, and moved back into her parents’ home.

Samia had been living there for several years before taking advantage of her parents’ absence from Peshawar in March 1999 to travel to Lahore so she could consult prominent attorneys Asma Jahangir and Hina Jilani. She was interested in remarrying, and wanted their help in securing a divorce from her husband. While in Lahore, she stayed at Dastak, the women’s shelter run by Jahangir and Jilani’s legal aid firm. She refused all attempts from her parents to reach her, convinced that her life was in danger. However, in a move that sealed her fate, she finally relented at the insistence of another prominent lawyer and agreed to see her mother on the condition that the meeting take place at her lawyer’s office and that her mother come alone.

What followed shook the country for months afterwards. Samia’s mother arrived at the AGHS offices at the appointed time, but not alone. She appeared to be limping and was accompanied by a man who she claimed was there to assist her in walking. As soon as they entered the office of Samia’s lawyer, Hina Jilani, the “assistant” took out a gun and shot Samia in the head, killing her instantly; he also shot at but narrowly missed Jilani. The victim’s mother and assassin then took a paralegal person hostage on their way out. A security guard shot and killed the murderer, but Samia’s mother managed to drag the hostage outside and into a getaway car. The paralegal—Shahtaj Qizilbash—was dropped off unhurt at the side of a road a few hours later; in the meantime, Sarwar’s parents flew back to Peshawar.

Jahangir and Jilani immediately filed an FIR against Samia’s parents for her murder. However, not only were they not arrested, they were allowed to file an FIR themselves against Jahangir and Jilani, holding them responsible for the abduction and murder of their daughter. This FIR was finally rejected under pressure from the lawyers, but in the end no one was arrested or punished for Samia’s murder.

What really set this case apart was the fact that Samia’s parents, prominent members of Peshawar society—her mother a doctor and her father the president of the Peshawar Chamber of Commerce—had proven that “honor killings” were not confined to the rural backwaters of Pakistan. The case polarized Pakistani society and there were loud denunciations of the heinous act, with many expressing disbelief that a mother (and a professional, educated one at that) would so actively conspire in the murder of her own daughter.

However, there was an equally loud defense—even valorization—of her parents’ actions by prominent media personalities, politicians and other public figures, and they became virtual heroes among certain sections of Pakistani society for defending their honor and punishing their transgressing daughter. Many liberal parents were privately heard to comment that Samia had been wrong to take the actions that she had, even as they condemned the murder.

Senate not on the same page

When a resolution was proposed in the Senate condemning such “honor crimes,” several senators used the opportunity to denounce Asma Jahangir and Hina Jilani, and accuse them of corrupting young impressionable women as part of a “foreign agenda.” The most spirited and surprising defense of “honor killings” came from one of the senators from then-NWFP, who belonged to the secular National Awami Party. Announcing himself as a friend of the family, the senator defended Samia’s parents’ actions on the grounds that they had upheld the Pakhtunwali code of honor that she had violated. He made this impassioned argument while proudly upholding his party’s secular credentials, declaring, “we have fought for human rights and civil liberties all our lives but wonder what sort of human rights are being claimed by these girls in jeans” (verbatim record of the Proceedings of the Senate).

Leaving aside the issue of who the “girls in jeans” of the senator’s rhetoric might be, it was clear that as far as he was concerned, the rights that Samia was asking for did not fall under any legitimate definition of “human rights,” or “civil liberties,” which he had defended in the past. What was connoted by the reference to “girls in jeans” was the westernized, hence “agentic,” and therefore disobedient, woman. According to the senator’s logic, the imperatives of the Pakhtunwali code trumped the rights granted to her by Islamic law and the Pakistan Penal Code, namely the right to divorce her husband as well as to remarry. By choosing to exercise those rights, Samia (knowingly) violated the Pakhtunwali code, and was therefore, in essence, responsible for her own death.

Even more shocking was the reaction of veteran ANP member and senior senator Ajmal Khattak. Given his distinguished political history and his respected position within intellectual and political circles as a staunch progressive, Khattak was expected to categorically condemn “honor killings.” Instead, he outdid his fellow senators in his defense of the Pakhtunwali code, even going so far as to trying to justify it by using vocabulary from Islamic texts.

The case went up to the Lahore High Court. The judgments of the panel of judges composed of Justices Ramday, Chaudhry and Qayyum form a rich text which deserves close analysis. This text is structured around the master binary of East/West, with “the East” (specifically the Muslim social order) is understood as the sanctum of family values, and “the West” as the locus of immorality and the disintegration of the family, when in fact the contradiction which emerges in the judgments is actually that between legal Islamic provisions and cultural values which have little to do with Islam.

Justice Chaudhry’s judgment literally rehearsed the sequence of events from the perspective of the petitioner, the victim’s father. Thus, among other things, he stated that Samia was “allegedly” abducted by Asma Jahangir and detained at the women’s shelter run by her law firm. The substitution of “abduction” for a voluntary act deprived Samia of her rights while simultaneously and paradoxically criminalizing her actions (despite the ambiguity hinted at by the word “allegedly”) while ironically shifting the blame on to the legal counsel she had engaged to defend her case.

This was not incidental, for following on the prominent role played by the women’s movement in resisting General Zia’s Islamization project, Islamist discourse had begun to construct “the feminist” as the quintessential “other” of a moral (that is Islamic) order. Given the “slide” between Islam and the nation, “the feminist” was also a seditious figure who instinctively worked to sully Pakistan’s image abroad while destroying the social fabric of Pakistani society by leading impressionable young women astray.