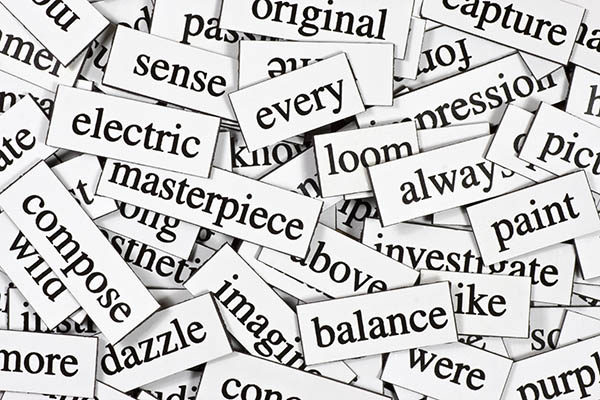 A Thursday, Jan. 26, press release issued by the Inter-Services Public Relations (ISPR) directorate of the Pakistani military seeks to address the questions surrounding the allocation of 90 acres of land to former Army chief Gen. Raheel Sharif, and in attempting to do so, in a spartan, cryptic manner, raises more questions without answering any.

Here is the ISPR clarification in full:

“Issue of allotment of agricultural land to Army officers and soldiers is being debated and conjectured for last few days. In this regard it may be known that such allotments are through constitutional provision. Allotment to former COAS General Raheel Sharif, Retd is also under same provision and through government / Army procedures. This debate with intent of maligning Army also has the potential to create misunderstandings between state institutions thus considered detrimental to existing cohesion.”

The clarification begins by noting that the issue of land allocation to Army officers and soldiers is being debated and [the debate] is based on conjecture, meaning opinions formed or expressed without sufficient proof or evidence.

Now, anyone with a half-decent mind would agree that forming and expressing opinions without sufficient evidence, especially in relation to an individual and his reputation, regardless of that person’s station in life, is an odious activity and must be discouraged. Laws have the libel provision in this regard. Let’s park this thought for a moment.

However, debating an issue or questioning something, an idea, a perk, a policy, provisions et cetera is an activity that forms the core of a vibrant, democratic, rules-based society. Now, if something is being debated but the government, an organization within the government, or an individual believe that the debate lacks the information/facts required to put things in perspective, they/(s)he can provide that information/facts necessary to satisfy the questions that are being asked. As debates go, the necessary facts can either satisfy the objectors or raise more questions.

A good example of the latter would be debating a legal provision or a policy that some people, or a large number of people, might consider bad. In democratic, rules-based societies this is a very normal activity and, often, quite mundane because of its automatic, normative acceptance. At all times, however, the debate must remain civilized and avoid calumny.

So there’s debate, which is essential, and there’s conjecture that best be avoided, and for the debate to be meaningful and non-conjectural, facts must be provided.

Before we move further, a small side note: the debate is not about the soldiers and not even about the officers but about a confirmed report of 90-acre land allocation to Gen. Sharif. The broader questions, of course, go beyond the person of Sharif and pertain to any rules (we don’t know which) that might be in play and which might have benefited an unknown number of general officers (there is no list of beneficiaries). Perhaps we can agree, as would the ISPR, that secrecy and a rules-based dispensation do not and cannot go hand in hand.

The ISPR clarification then states that “such allotments are [made] through [a] constitutional provision” but makes no mention of any specific constitutional article or clause that deals with land allocations to anyone, whether in khaki or in mufti. This meant forcing me to do a quick scouring of the constitutional terrain to see if there was indeed any such provision. I couldn’t find any. It would be great help if the ISPR could clarify this small but crucial fact.

Perhaps there is a rule. That is quite possible. If there is, we would like to know who made this rule, how and when and whether it was debated in Parliament or has ever surfaced so it could be, if necessary, challenged in a court of law. Because, if there indeed is such a rule, it is clearly a bad one, even if we accept that such allocations are grounded in it for the duration of this rule’s life.

This is where we run into a problem. The ISPR, in trying to clarify the matter, has ended up obfuscating it even more. So, there’s a procedure that grants Gen. Sharif 45 acres as a four-star and another 45 as COAS? Have former Army chiefs, CJsCS, CsAS, CsNS all entitled to this duality under some unknown and un-debated procedures? Do Corps Commanders also get acreage for being three-stars and also for commanding a corps? We have no idea.

Unfortunately, the ISPR clarification does not seek to clarify. It asks that there be no further debate because once it [ISPR] has spoken, the matter should be deemed closed.

This is how the ‘clarification’ ends: “This debate with intent of maligning Army [sic!] also has the potential to create misunderstandings between state institutions [sic!] thus considered detrimental to existing cohesion [sic!].”

Questioning the perquisites of some is not about ‘maligning’ the Army. As I wrote in the previous piece, we believe that our soldiers, who retire when they are not even 50, must be rehabilitated and helped in finding jobs. That is the least we can do as a society to honor them. I know a number of officers, including within my family, whose wives and children spent months without them because they were deployed to operational areas. That’s not an easy thing. We have lost a number of 20-somethings in this war, handsome men who, if they hadn’t sacrificed themselves, would have lived long lives. In fact, it is precisely to honor these brave men that we, as a society, have to ensure that no state organization become fat at the top. It is unfortunate and in poor form for the ISPR to think that just because some bad rules need to be outed and debated that that means, in and of itself, that the Army is being maligned. No, it is not.

So, let us do this in a civilized manner without casting aspersions. Let the ISPR or the GHQ or the government make known the rule(s) for such allocations and present a list of beneficiaries, military and civilian, as well as politicians, so we can have an informed debate. Many eminent economists in Pakistan, notably Dr. Nadeem Ul Haque, former deputy chairman, Planning Commission, have given solid arguments for why perquisites must be done away with because they create bad incentive structures, are a drain on the exchequer and stymie viable economic activity.

For far too long we have brushed things under the proverbial carpet by resorting to straw men arguments. That should stop here and now.