Home Culture And the New Miss America Is… ‘Indian’

And the New Miss America Is… ‘Indian’ 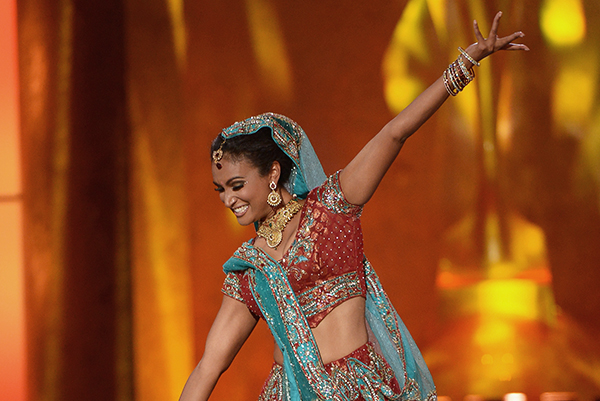 Miss New York Nina Davuluri is the new Miss America, but a barrage of racist tweets quickly greeted the crowning of the first winner of Indian descent.

But racist slurs abounded on Twitter over the win by Davuluri, who performed a classical Bollywood fusion dance for the talent portion of the competition. Many wrongly described the beauty queen, who is believed to be a practicing Hindu, as an Arab who looks like a terrorist.

Others, like feminist blog Jezebel, denounced the comments, saying “racists are being racist because Miss America isn’t white.” Chimed in @CJlovebug: “This world is so ignorant. #MissAmerica Indian or not had every right to gain the title of MissAmerica. This is why I want to leave America!”

Davuluri competed on the platform issue of “celebrating diversity through cultural competency.” During her 2014 year of service as Miss America, she will travel about 20,000 miles each month to speak to audiences about her chosen issue. The University of Michigan honor student will also serve as the official national good will ambassador for the charity group Children’s Miracle Network Hospitals. Along with her much-prized title, Davuluri won a $50,000 scholarship to pursue her education.