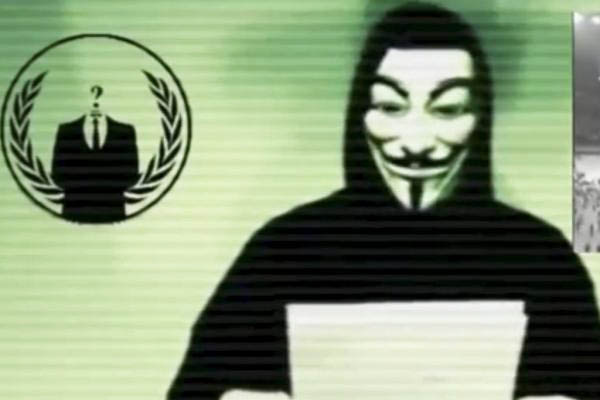 The Anonymous hacking network declared war on the Islamic State in a YouTube video on Monday, sparking a combative response from the jihadist group’s affiliates, a security expert said.

The “hacktivist” collective vowed vengeance for attacks in Paris on Friday, claimed by I.S., that left 129 dead and hundreds injured, some of them critically.

“Anonymous everywhere in the world is going to hunt you down,” a hooded figure in black, wearing the group’s signature Guy Fawkes mask said in French. It was not possible to verify its authenticity, but the statement and video had the hallmarks of the network, known for mounting cyber-attacks against government and corporate websites.

“Our country, France, was hit in Paris on Nov. 13 around 2200 by multiple terrorist attacks claimed by you, the Islamic State,” the figure said in a gravelly, computer-altered voice. “We are going to launch the biggest operation every mounted against you—get ready for a multitude of cyber-attacks. War has been declared.”

The video, posted the day after the attacks, had more than 1.3 million views by Monday afternoon. In an apparent riposte, a message posted on the Twitter address of the messaging service Telegram calls on Islamic State affiliates to secure their Internet communications.

“The #Anonymous hackers threatened… that they will carry out a major hack operation on the Islamic state [idiots],” the message said. “So U should follow the instructions below to avoid being hacked,” it continued, advising followers to avoid opening unknown links and to frequently change computers and phones.

Charlie Winter, a researcher in transnational jihadism at U.K.-based think tank Quilliam, affirmed the message’s authenticity in a tweet. “@GroupAnon, I.S. didn’t like your declaration of war,” he wrote, referring to one of Anonymous’ Twitter addresses. “Here’s what they’re saying on @telegram. Use it against them.”

It is helpful, for example, to know that certain accounts are based in France, Syria or Iraq, he said. Being able to identify connections and communications between individuals is also critical. But if Anonymous forces accounts to shut down, investigators are left with dead ends.

Besides, the impact is only temporary, he added. “An account closed here, is just another one opened over there,” he said.

The nearly three-minute Anonymous clip opens with thundering orchestral music, displaying the Anonymous logo of a suited figure with a question mark for a head. The speaker, seated like a news presenter, is flanked by the logo on one side and black-and-white news footage of the aftermath of the attacks, on the other.

France led a minute’s silence observed around the world on Monday in memory of the victims of the worst-ever terror attacks on French soil. President Francois Hollande and his cabinet, all dressed in black, bowed their heads at the Sorbonne University in Paris, surrounded by scores of students.

The attacks—at six locations in and near Paris—came less than 11 months after jihadists struck satirical magazine Charlie Hebdo and a Jewish supermarket, killing 17.