Another 18 Insurgents Killed in Zarb-e-Azb: ISPR 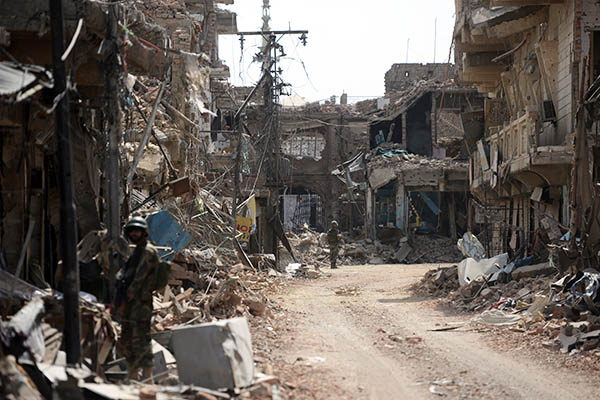 Airstrikes and artillery pounded militant hideouts in Mosaki and Kharkamar.

Jets and artillery have pounded militant hideouts in North Waziristan, killing 18 foreign and local insurgents in a massive ongoing offensive against the Taliban, officials said Sunday.

Airstrikes were carried out in Mosaki area of North Waziristan on Sunday while artillery shelled militant hideouts in Kharkamar area on Saturday night. “Six terrorist hideouts and a huge ammunition cache were destroyed and at least 13 militants, most of them Uzbeks, were killed in the Saturday morning strikes,” said a security official. He said five other insurgents were killed and two militant hideouts destroyed by artillery fire in Kharkamar area on Saturday night.

A local intelligence official confirmed the raids and militant casualties. A military statement also said that a number of terrorists were killed but did not give the exact number.

Last month Pakistan’s military launched a long-awaited offensive in North Waziristan, aimed at wiping out longstanding militant strongholds in the area, which borders Afghanistan. Jets and artillery began hitting rebel targets on June 15 to try to regain full control of the district after years of pressure from Washington and other powers.

The assault was finally launched after a dramatic attack on Karachi airport, which killed dozens of people and marked the end of a faltering peace process with the Pakistani Taliban. At least 430 militants and 20 soldiers have been killed in the offensive so far, according to the military. The area is off-limits to journalists and the number and identity of the dead is impossible to verify.

The latest airstrikes came a day after militants crossed from the Afghan province of Kunar to launch a pre-dawn ambush on a checkpost in Bajaur tribal district, killing three Pakistani soldiers. “Pakistan lodged a strong protest with the Afghan side in Islamabad and Kabul on Saturday and reiterated that Afghanistan should eliminate the terrorist sanctuaries and not allow its territory to be used against Pakistan,” the foreign ministry said in a statement.