Home Elections 2013 Another Attack on the MQM

Another Attack on the MQM 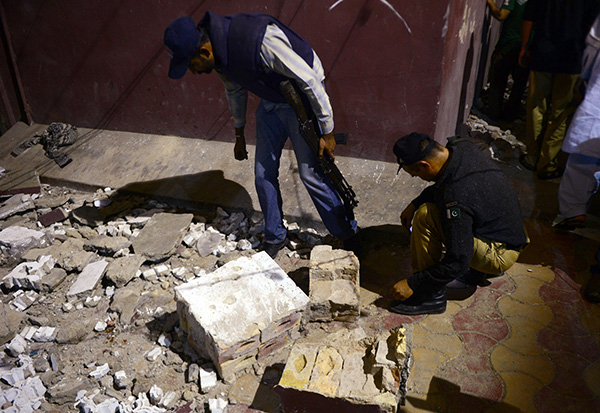 At least five more injured in pre-elections violence in Karachi.

An explosion wounded at least five people in Karachi on Thursday, the latest bout of violence ahead of upcoming national elections, police said.

The blast in the crowded Burns Road area of the city targeted an election office of the Muttahida Qaumi Movement, a secular party that dominates the commercial hub. “The blast wounded at least five people,” senior local police official Ameer Sheikh said. He added that the bomb was planted in the ablution room of a mosque close to the MQM office. Another local police official, Zameer Abbasi, confirmed the incident, adding that two to three kilograms of explosives were used.

Three bombs, two of which targeted MQM and the Pakistan Peoples Party, killed three people and wounded 49 others in Karachi on Saturday.

Violence has spiked in the country ahead of elections on May 11, with at least 61 people killed in attacks on politicians and political parties since April 11, according to an AFP tally.