Another Award for Malala 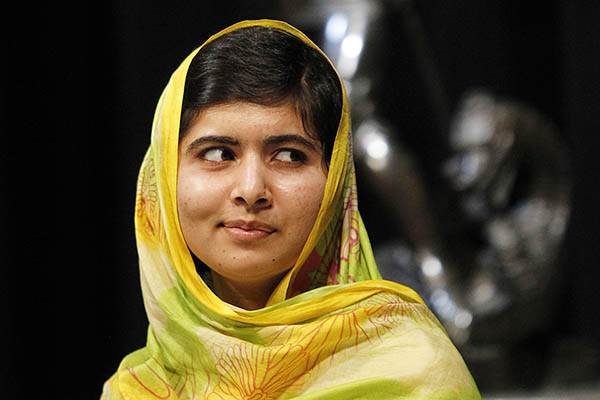 Teenage activist will receive the International Children’s Peace Prize in a ceremony at The Hague next month.

Malala Yousafzai, shot in the head by the Taliban last October after campaigning for girls’ right to education, has won the prestigious International Children’s Peace Prize, KidsRights announced on Tuesday.

The Pakistani 16-year-old will receive the award from 2011 Nobel Peace Prize winner and women’s rights campaigner Tawakkol Karman at a ceremony in The Hague on Sept. 6, the Amsterdam-based organization said.

Malala “risked her life in the fight for access to education for girls all over the world,” KidsRights said in a statement. “By awarding the 2013 International Children’s Peace Prize … KidsRights shines the spotlight on a brave and talented child who has demonstrated special dedication to children’s rights,” it added.

The passionate advocate for girls’ education was shot in the head by a Taliban gunman while riding a school bus near her home in Pakistan’s Swat Valley last year. She was given life-saving treatment in Pakistan before being shifted to Britain where she now lives, but the attack galvanized her campaign for greater educational opportunities for girls.

Malala’s brave fight back from her injuries and her speech at the United Nations in July have made her a leading contender for this year’s Nobel Peace Prize.

But the response to her in Pakistan has been mixed, with many hailing her as a national heroine while others have criticized her for promoting a “Western” agenda.

The International Children’s Peace Prize, an initiative of the Dutch-based KidsRights Foundation, was launched in 2005 by former Soviet leader Mikhail Gorbachev, when he chaired the Summit of Nobel Peace Laureates in Rome. It carries a cash value of 100,000 euros that is invested in projects relating to the winner’s cause.

Last year’s winner was 13-year-old Cris “Kesz” Valdez for his work with Filipino street children while he himself was destitute. Cris received the prize from South African peace icon and Nobel Peace laureate Desmond Tutu, who is the award’s patron.