Home Latest News Another Blogger Hacked to Death in Bangladesh 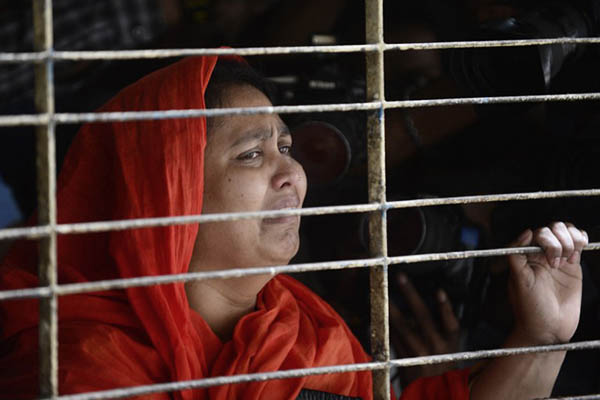 Police say two of the attackers, who are both madrassa students, have been arrested and are currently being interrogated.

Another blogger was hacked to death in the Bangladesh capital on Monday, with police arresting two suspects after the latest attack targeting independent writers.

Three men attacked Washiqur Rahman, 27, near his home in the morning, just weeks after an American atheist blogger was murdered with machetes in Dhaka, a crime that triggered international outrage. “Blogger Washiqur Rahman was brutally hacked to death this morning… just 500 yards from his home at Dhaka’s Begunbari area,” said deputy police commissioner Wahidul Islam. “They hacked him in his head and neck with big knives and once he fell on the ground they then hacked his body.”

A fellow writer said Rahman was an atheist blogger who wrote against religious fundamentalism on Facebook using a pen name, although this could not be confirmed by police. “He is a friend of mine and a fellow warrior. He was an atheist and a believer in humanism,” fellow blogger Asif Mohiuddin, who survived a brutal attack by Islamists in January 2013, told AFP via Facebook from Berlin.

Islam said two suspects, who were students of Islamic schools, were arrested as they tried to flee the scene but a third escaped. Police have recovered three large knives from the site. “They are around 20 years old and are being interrogated. One of them is a student of a madrassa in Hathazari, Chittagong and another a student of another madrassa in Dhaka,” he said.

Rahman is the fifth writer attacked since 2004, including two atheist bloggers who were murdered in the Muslim-majority country in the last two years. The killing of American Avijit Roy last month sparked uproar abroad and at home, where hundreds of secular activists held protests for days to demand justice. They also slammed Prime Minister Sheikh Hasina’s secular government for not doing enough to protect humanist writers.

Fellow bloggers and secular writers reacted sharply to news of the latest attack, with secular activists calling for protests later Monday. “He was murdered because we have a culture of impunity here. He was a progressive free thinker and was against religious fundamentalism,” said Imran Sarker, head of Blogger and Online Activists Network in Bangladesh. “We condemn this attack and have urged all bloggers to join protests,” he said.

Police have arrested one suspect over the death of Bangladesh-born Roy, who was also the author of a series of books. His bestselling The Virus of Faith was hugely contentious in Bangladesh, an officially secular state where around 90 percent of people are Muslim.

Witnesses said Roy and wife had been returning from a book fair when they were both hauled off their rickshaw on a busy street by at least two attackers who then slashed them with machetes.

A court this month ordered seven university students and a Muslim cleric to stand trial for the 2013 machete murder of atheist blogger Ahmed Rajib Haider, whom the suspects claimed had defamed Islam.