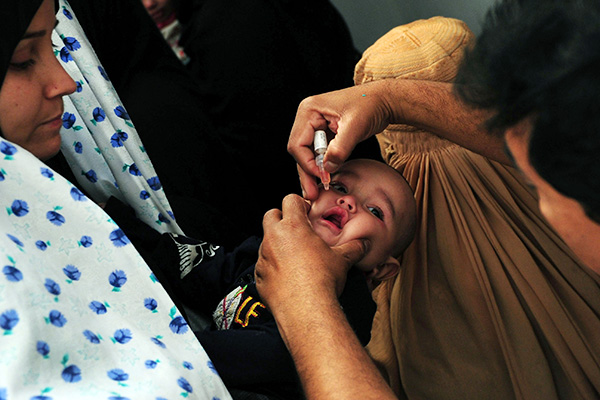 WHO official says approximately 161,000 children in North Waziristan alone have not been administered vaccine.

A second child has contracted polio in a restive Pakistani tribal region near the Afghan border after the Taliban banned vaccinations there nearly a year ago, a U.N. official said Thursday.

The first polio case was also detected in the North Waziristan region, known as the strong bastion of Taliban and Al Qaeda linked militants, earlier this month, with officials expecting a “bigger outbreak” of the disease.

“This is the second child, a 36-month-old boy getting paralyzed after contracting polio,” said Elias Durry, the World Health Organization’s senior coordinator for polio eradication in Pakistan.

Tribesmen in North Waziristan had endorsed the Taliban ban and stopped authorities from vaccinating children under a nationwide campaign in June last year. “The problem is that it is just a tip of the iceberg,” Durry said, adding, “This is what will happen if we have children without polio vaccination.”

The Taliban have alleged that the vaccination campaign is a cover for espionage.

Efforts to tackle the highly infectious disease have been hampered over the years by local suspicion about vaccines being a plot to sterilize Muslims, particularly in Pakistan’s conservative northwest.

Pakistan, Afghanistan, and Nigeria are the only three countries in the world where the highly infectious, crippling disease remains endemic. Infections shot up from a low of 28 in 2005 to almost 200 last year.