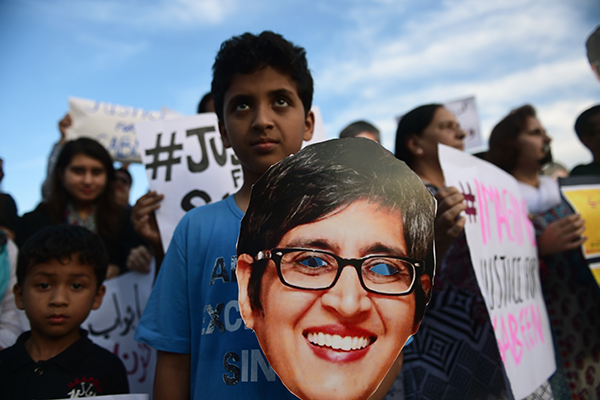 The murder of Sabeen Mahmud continues to be laid at the door of Pakistan’s intelligence agencies—despite there being no proof and the military vowing to provide all cooperation to the investigation. Mahmud’s mother, who was wounded in the gun attack which killed the 40-year-old rights activist in their car on April 24 in Karachi, says Mahmud had been receiving threats for years, from men claiming to represent a wide array of unholy interests. Many Pakistanis on social media insist the talk on Balochistan that Mahmud hosted at her café, T2F, that Friday night is what triggered the “establishment” to act. But the fact is that Mahmud was active in the anti-Lal Masjid protests, intelligence agencies now say her name was on the terrorists’ hit list, and someone mailed her a bullet a week prior to her murder. Mahmud deserves justice, not half-baked accusations. At the same time, the intelligence apparatus must also ask itself why many Pakistanis only think the worst of it.