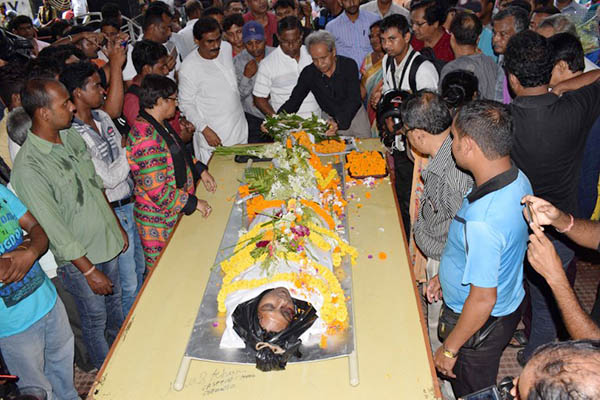 Sudip Dutta Bhaumik was shot dead on Tuesday at a paramilitary base in the remote northeastern state of Tripura. The soldier opened fire after Bhaumik, a crime reporter, requested a meeting with a top officer at the headquarters of the Second Tripura State Rifles near the state capital of Agartala, media reports said.

“He was shot dead inside the office of the commander by a soldier after they argued and scuffled over some issue,” local police chief Abhijit Saptarshi told AFP. He said the accused soldier claimed the shot was fired in a scuffle after the journalist tried to snatch his rifle.

The soldier has been arrested, the officer added.

India’s media has been shocked by a series of killings this year. One reporter was lynched by a mob on Sept. 20 during clashes between police and warring political factions near Agartala. His mutilated body was found the next day.

In September gunmen shot dead renowned journalist Gauri Lankesh in Bangalore, amid allegations that she was targeted for her views on rightwing Hindus. No arrests have been made in the case.

Bhaumik’s murder brings the number of reporters killed in India since the early 1990s to 30, according to Committee to Protect Journalists figures. India was ranked the deadliest country in Asia for journalists by Reporters Without Borders in 2015.