Home Lightbox Another Loss for Pakistan

Another Loss for Pakistan 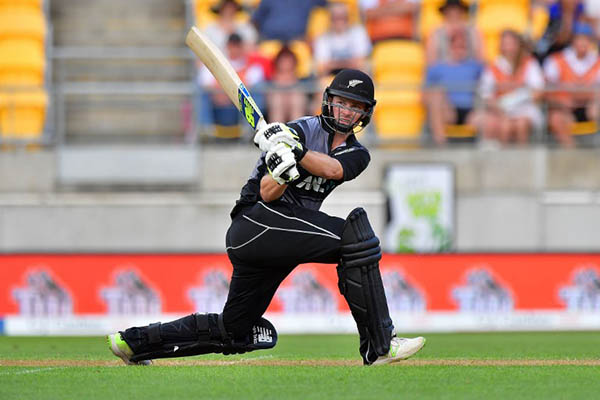 Colin Munro ensured New Zealand continued a stellar home summer on Monday when they thrashed Pakistan by seven wickets with 25 balls to spare in the opening Twenty20 match in Wellington.

Munro was left unbeaten on 49, when a wide by Hasan Ali in the 16th over allowed New Zealand to pass their 105-run target. It kept New Zealand undefeated after 13 matches across all three formats in the past two months including five one-dayers against Pakistan and a series of Tests, ODIs and Twenty20s against the West Indies.

Munro and Tom Bruce (26) set up the New Zealand victory with a 49-run stand for the third wicket after the hosts wobbled at the start of their modest run chase. Martin Guptill only made two and Glenn Phillips was bowled for three as New Zealand crawled to 14 for two after four overs.

After a cautious start to their partnership, Munro and Bruce took 11 runs off the ninth over and 12 off the tenth to reduce the target to under six an over and they coasted from there.

Following Bruce’s dismissal, Ross Taylor partnered Munro through to the end with a rapid 22 off 13 deliveries. Munro’s 43-ball innings included three fours and two sixes and he was left a frustrating one-run short of being only the third player behind Brendon McCullum and Chris Gayle to score four consecutive half centuries in Twenty20 cricket.

Pakistan, hoping for a change of fortune with the change of format after being swept in the ODI series, were in immediate trouble after being sent into bat. They were four for 22 in the sixth over as Tim Southee, the stand-in New Zealand skipper in place of the injured Kane Williamson, led a dismantling of the Pakistan top order. He had Fakhar Zaman for three and the promoted Mohammad Nawaz for seven, Seth Rance removed Umar Amin without scoring and Anaru Kitchen dismissed Haris Sohail for nine.

Only Babar Khan (41) and Hasan Ali (23), in a 30-run partnership for the eighth wicket, reached double figures. Southee finished with the best New Zealand figures of three for 13 while Seth Rance took three for 26.