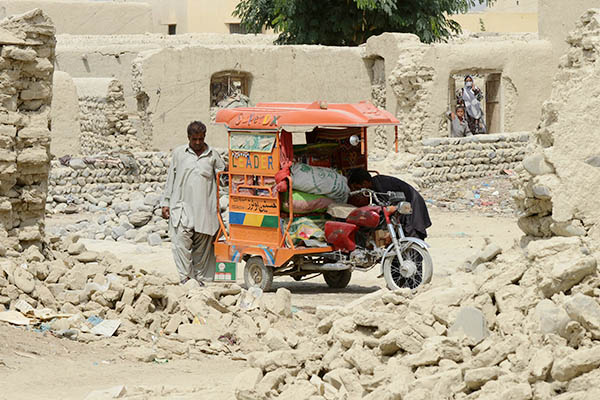 No loss of life or property immediately reported after 5.1 magnitude earthquake hits province.

A 5.1 magnitude earthquake struck southwest Pakistan Saturday, meteorological officials said, with tremors felt in some of the areas ravaged by a deadly quake last month.

The earthquake struck at a depth of 10 kilometers, and its epicenter was 80 kilometers southwest of Khuzdar in Balochistan province, senior meteorologist Tauseef Alam said. Another meteorlogist, Shahid Mehmood, said that the tremors were felt in Khuzdar, and towns in Awaran and Kharan.

No loss of life or property was immediately reported.

The 7.7-magnitude earthquake last month devastated several areas, including Awaran. It killed at least 376 people and left some 100,000 others homeless.

The population of Awaran is scattered over more than 21,000 square kilometers of remote and rugged terrain. Infrastructure is extremely limited, with few medical facilities or even roads.

The quake was Pakistan’s deadliest since the devastating Kashmir tremor of 2005, which killed 73,000.