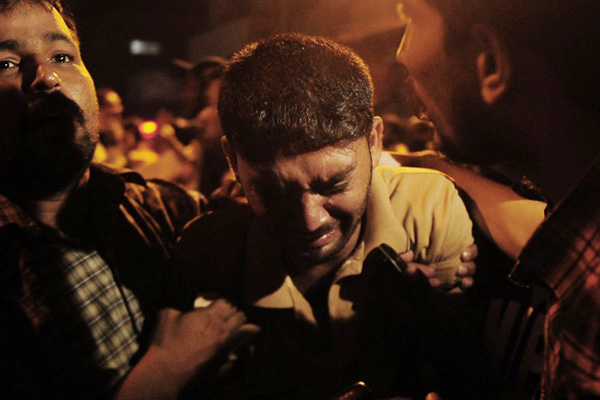 Taliban attacks have resulted in 69 dead since campaigning started on April 11.

A roadside bomb exploded at an election rally in Sibi on Sunday killing two people. The remote-controlled bomb went off when Sarfraz Dombki, an independent candidate for a Balochistan Assembly seat, was leading a rally. “Dombki was unhurt, and no one else was wounded in the blast,” said his cousin Dostain Dombki, who is running for a National Assembly seat.

“The blast hit one of the cars in the convoy in which two of his guards were traveling. Both were fatally wounded,” said senior administration official Aziz Jamali. He said Dombki’s supporters spotted two men fleeing on a motorbike after the blast. “They opened fire and killed one and captured another who had been wounded in the firing.”

Police confirmed the incident saying that two hand grenades were recovered from the suspected attacker who had been arrested.

Pakistan will elect its new government for the next five years in polls on May 11. Campaigning has been marred by Taliban threats and attacks, which have killed 69 people since April 11, according to an AFP tally.