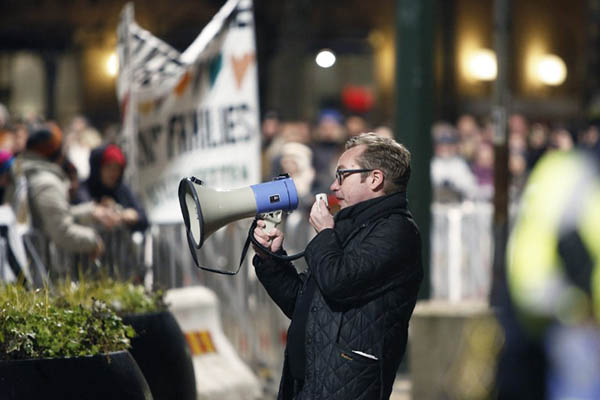 Local police say they have also been informed of counter-protests on the same day.

British supporters of Germany’s PEGIDA movement, which protests against what it calls the “Islamisation” of Europe, are planning their first demonstration on Feb. 28, police said on Friday.

A Facebook group calling itself PEGIDA UK, which has the slogan “United Against Extremism,” has called for a march to take place in Newcastle. In a statement, local police said: “We have spoken to the organizers and they have informed us they plan to hold their event in Newcastle on Feb. 28. We are aware there are also plans in place for counter events to be held in the city on the same day. We will now speak to all of those involved, our partners and our local communities and over the coming days agree on plans for the events.”

PEGIDA is a right-wing populist group that rails against Islam and “criminal asylum seekers,” and drew 25,000 people to a march in Dresden last month. It has since seen its numbers fall off, although PEGIDA-inspired protests have also taken place in Austria and Sweden in the past week. The small crowds drawn to each one were dwarfed by counter-demonstrations.

A homegrown British group that protested against the perceived threat from extremist Islam, the English Defense League, held a number of protests throughout 2013, which often ended in clashes with anti-fascist demonstrators. But the group has lost momentum since its leader Tommy Robinson quit in October that year, saying he could not longer keep “extremist elements” in the group at bay.