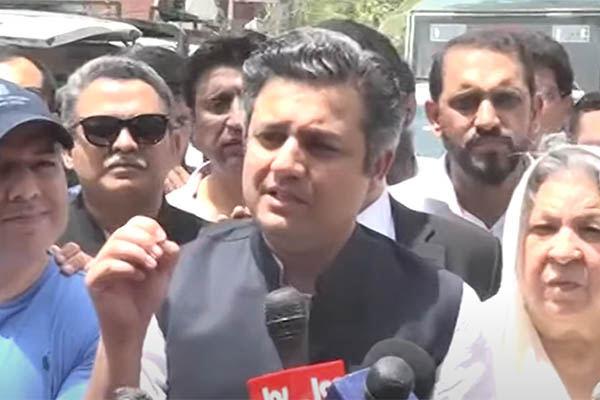 An Anti-Terrorism Court in Lahore on Friday issued interim bail orders for senior leaders of the Pakistan Tehreek-e-Insaf (PTI) who had been facing arrest over their alleged violations of Section 144—which bars gatherings of five or more people—and attacks on law enforcement personnel during the PTI’s long march on Islamabad last month.

A day earlier, the court had issued non-bailable arrest warrants for the PTI’s Mian Akram Usman, Muhammad Zubair Khan Niazi, Imtiaz Mehmood Sheikh, Mehmoodur Rasheed, Shafqat Mehmood, Malik Nadeem Abbas, Murad Raas, Mian Aslam Iqbal, Yasir Gilani, Dr. Yasmin Rashid, Hammad Azhar, Andleeb Abbas, and Ijaz Chaudhry. The orders had been issued at the request of the Shahdra police, which had registered First Information Reports against the alleged perpetrators under various sections of the Anti-Terrorism Act. The request had stated that the warrants should be issued, as the accused were “intentionally concealing themselves in order to avoid their arrest and their arrest is necessary for completion of the investigation.”

On Friday morning, all PTI leaders for whom warrants had been issued reached court and applied for interim bail. Their request were subsequently accepted, and police have been barred from arresting them prior to June 17.

According to the Punjab police, three officials were martyred during the Azadi March, while 100 others were injured, three critically. It said that 34 personnel were injured in Lahore; 48 in Attock; and nine in other cities of the Punjab, including Sargodha, Mianwali and Rawalpindi.

Addressing media outside court after being granted interim bail, Hammad Azhar alleged that PMLN Vice President Maryam Nawaz—who holds no political office—and Interior Minister Rana Sanaullah were trying to turn the country into a “police state.” Stressing that none of the accused were terrorists, he claimed that they were being targeted for wanting to peacefully protest on May 25.

“Rana Sanaullah and Maryam want to make this a police fascist state so that no one can raise their voice against their greed for power,” he said, and questioned how this was in accordance with the law and the Constitution.