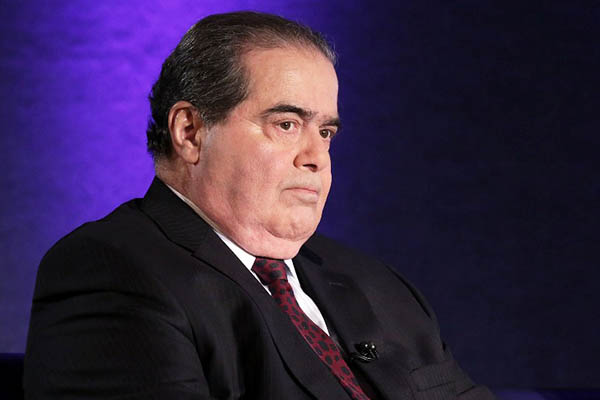 The longest service justice on the current Supreme Court was regarded as a conservative icon of American law.

During the three decades he spent on the bench, U.S. Supreme Court Justice Antonin Scalia embodied the values conservative America holds most dear, from defending the traditional family, to religion and patriotism.

The longest-serving justice on the current court, and its first ever Italian-American, Scalia was eulogized after his passing Saturday, aged 79, as a towering figure of intellectual rigor—with powerful personal convictions to match.

President Barack Obama led the tributes pouring in for “one of the towering legal figures of our time,” saying he had “a brilliant legal mind with an energetic style, incisive wit and colorful opinions.”

Nominated by president Ronald Reagan in 1986, Scalia was a champion of originalism, a strict theory that views the Constitution’s meaning as fixed at the time it was ratified. According to this view, there is no doubt as to the validity of the death penalty and individuals’ right to bear arms. A Catholic traditionalist, Scalia was outspoken in his defense of both gun rights and the death penalty, and at times highly provocative in opposing abortion, affirmative action for minorities or the “so-called homosexual agenda.”

His biting, precisely worded opinions in the nine-seat court made him a hero of conservatives and caused the ire of his liberal foes. Scalia’s passing now has profound political ramifications, creating a vacancy on the bench that could potentially tip the balance of the highest court in the land from a 5-4 conservative majority to a liberal one. Yet much as he alienated some critics, Scalia’s approach earned him admiration well beyond judicial circles.

Accessible to a broader audience than those of most of his fellow justices, his vividly written opinions were read by legal professionals and laymen alike.

Scalia’s affable personality, simple demeanor and portly physique contrasted with his sometimes radical ideas. He was often the only justice on the otherwise stern bench to trigger a laugh in highly technical debates.

Even in hearings, he was partial to sharp-tongued comments. And outside the court, he was outspoken, including in media interviews, another trait that made him stand out from his peers. He triggered controversy more than once, most recently in December when he suggested that affirmative action might harm black students by placing them in schools for which they are unprepared academically.

Scalia played a key role in the court’s decision to stop the recount of Florida votes in the 2000 election, ultimately paving George W. Bush’s way to the White House. When asked about the Florida recount at public events, Scalia would simply respond: “Get over it.”

Scalia fathered nine children, one of them a priest, and was tireless in his crusade for the high court to overturn its historic Roe v. Wade ruling that in 1973 recognized women’s right to abortion. “We were both devout Catholics,” Scalia was quoted as saying in the biography American Original. “And being a devout Catholic means you have children when God gives them to you, and you raise them.”

Known to friends simply as Nino, he was fond of hunting, poker and opera, a passion he shared with the court’s oldest serving justice, Ruth Bader Ginsburg, an octogenarian progressive named by Bill Clinton, a Democrat.

Attorney General Loretta Lynch, a potential candidate to replace Scalia, said of his passing: “A lion of American law has left the stage.”

Scalia died in his sleep at a private residence in the Big Bend area of West Texas. He was found in the morning hours.