‘Appear on March 31 or Face Arrest’ 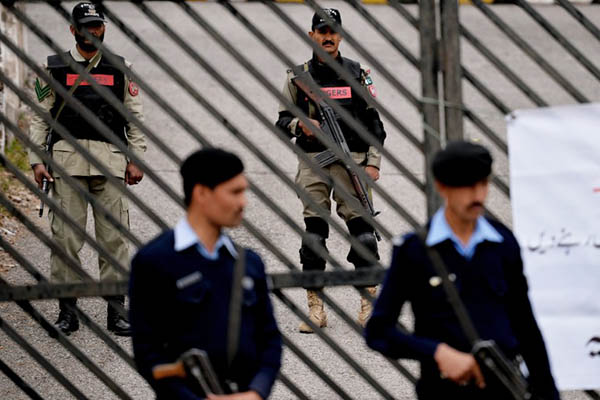 Special tribunal is likely to formally indict Pervez Musharraf on treason charges at the next hearing.

A special tribunal hearing a treason case against former president Pervez Musharraf on Friday ordered him to appear in person on March 31 or face arrest.

The court was due to indict Musharraf on Friday over his 2007 imposition of emergency rule, but Musharraf’s lawyers said he was unable to appear because of threats to his life.

The three-member panel headed by judge Faisal Arab ordered the 70-year-old Musharraf, who ruled Pakistan from 1999-2008, to appear on March 31. “It is further directed that the (arrest) warrant would be executed early in the morning of March 31 if the accused refuses to appear before this court on his own volition,” it added.

Musharraf became the first former Army chief to appear in court on treason charges on Feb. 18, but since then has missed repeated hearings due to bomb scares and health problems. He has endured a torrid time since returning to Pakistan in March last year on an ill-fated mission to run in the general elections. Almost as soon as he landed he was barred from contesting the vote and hit with a barrage of legal cases dating back to his rule.