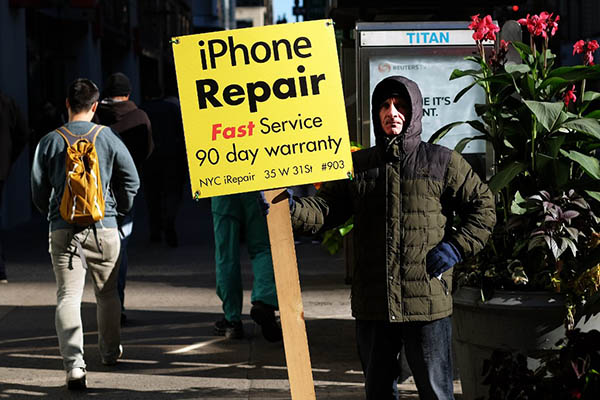 Apple on Thursday said it will begin supplying parts and training to independent repair shops, offering more options to service for devices made by the California tech giant.

The change of course came in the face of criticism that the iPhone maker’s tight grip on where repair work could be done was unfair. The new repair program for out-of-warranty iPhone fixes is starting in the U.S. and will eventually be expanded internationally, according to the California-based company.

“We’re making it easier for independent providers across the U.S. to tap into the same resources as our Apple Authorized Service Provider network,” Apple chief operating officer Jeff Williams said in an online post. “We believe the safest and most reliable repair is one handled by a trained technician using genuine parts that have been properly engineered and rigorously tested.”

Apple claims to have more than 5,000 authorized service centers around the world but has long discouraged service or repairs outside its network. There will be no cost for independent repair shops to take part in the program, which will require them to have an Apple-certified technician on staff, according to the company.