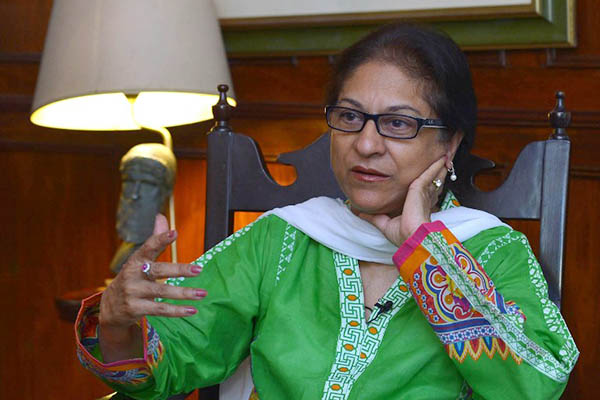 In conversation with Asma Jahangir

The Joint Investigation Team investigating alleged money laundering by the family of Prime Minister Nawaz Sharif has submitted its report to the Supreme Court for implementation. Former Supreme Court Bar Association president and human-rights lawyer Asma Jahangir spoke with Newsweek recently on what it could mean for the political situation in Pakistan. Excerpts:

You have been vocal about the legal issues with the formation of a JIT. What are your major concerns?

The Supreme Court has two jurisdictions. One is detailed under Article 184(3) of the Constitution, which deals with matters of public importance and the fundamental rights of an individual. Across the world, similar clauses are used to help the vulnerable and for class action where they cannot afford to go to court. It is also adopted in cases where you cannot take evidence, because the Supreme Court cannot collect evidence itself. So by examining the Panama Papers’ case under 184(3), the Supreme Court knew it could not take evidence and formed a JIT to gather it. Now, if the JIT’s findings yield enough evidence to indict the Prime Minister, then a trial will have to be held. In that case, where will they send it for trial? They have not thought this through legally. They made a royal mess earlier with the Memogate scandal as well. [Then-Chief Justice] Iftikhar Chaudhry misused the court’s jurisdiction so badly, it has become an open-ended question of whether or not judges can jump in on a topic any time they wish. But this cannot happen; there has to be some certainty in law. I’m also concerned that the Supreme Court initially refused to take up this matter, saying it was not within its jurisdiction, but then decided to take it up. They have to explain what changed to legally justify them taking it up.

One of the key issues under consideration is the source of the money used by the Sharif family to purchase property in London. Does the burden of proof to show the funds were illegally obtained and transferred lie with the JIT?

In ordinary criminal law, everyone is presumed to be innocent until proven guilty. Unless we start hauling up people and telling them to prove that they bought their houses with legal money, which does happen in some cases of corruption. But then there has to be a very cogent reason for presuming guilt. At the moment there is no connection between Nawaz Sharif and the apartments. The JIT must prove that link. But even if it finds a smoking gun, the case will have to move toward a trial.

Can the Supreme Court convict Sharif or any member of his family on the basis of the JIT report or will the issue of criminal liability have to be decided by a trial court?

No, the Supreme Court can’t render any verdict without a trial. Any evidence found by the JIT is not evidence in front of a court where people can be crossexamined and where witnesses can be asked whether they’re telling the truth or not. This is the equivalent of a police investigation and people cannot be convicted after a police investigation. However, they can be accused or fined.

What is your opinion of the media, opposition, and even the PMLN’s focus on first daughter Maryam Nawaz Sharif and her alleged role in the Panama Papers’ scandal?

Both sides played it rather badly. Maryam Nawaz Sharif was summoned by the JIT and she appeared before them. But the mentality on both sides was clear. The manner in which the JIT called her was intended to send a message: ‘we are little gods and we can even call your daughters.’ But then the PMLN played into that, trying to portray her as our [Pakistan’s] daughter.

If the Supreme Court rules that Nawaz Sharif should be disqualified over the JIT report, what do you think would happen politically?

There will be no civil war. But there will certainly be a period of great apprehension and certain forces and institutions may attempt to steer this country away from the democratic process.

Asma is very well know to her bias nature. she is anti establishment and many a time gave controversial statements….

Always taking a principled stand, but now she is no more…! May God Almighty bless her!