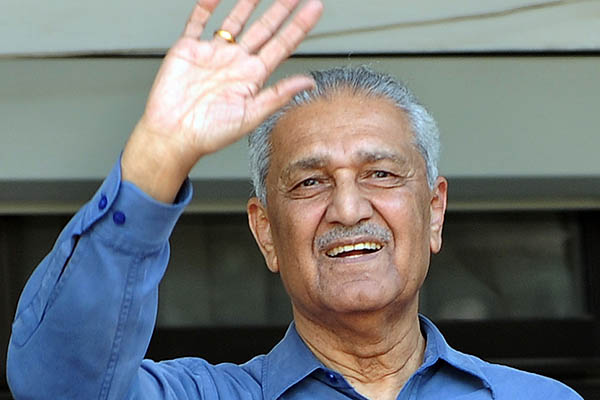 Father of Pakistan’s bomb says he will monitor government’s performance and restore party if it fails to deliver.

The father of Pakistan’s nuclear bomb, Abdul Qadeer Khan, has dissolved his political party after it failed to win a single seat in the May 11 elections.

Khan, 77, who is revered at home as a hero for building the Muslim world’s first atomic bomb, had formed his party, Tehreek-e-Tahafuz Pakistan (TTP) or Save Pakistan Movement in July last year.

“Yes, I have dissolved my party,” said Khan.

His party, which fielded 111 candidates for different seats of the national and four provincial assemblies, failed to win even a single seat. But he said he did not want to create any additional hurdles for the ruling government now that they had been elected.

“Elections have already taken place in the country and people have given mandate to Nawaz Sharif, Imran Khan and Pakistan Peoples Party (PPP) and we should let them function smoothly,” he said.

Sharif’s Pakistan Muslim League (Nawaz) scored a comfortable win in the May 11 general elections, paving the way for him to become prime minister for an unprecedented third term. Imran Khan’s Pakistan Tehreek-e-Insaf and the PPP formed their governments in the northwestern Khyber-Pakhtunkhwa and southern Sindh provinces.

However, Khan said his party will keep monitoring the governments’ performance and would become active again if they failed to deliver.

Khan admitted in 2004 that he ran a nuclear black market selling secrets to Iran, Libya and North Korea but he later retracted his remarks and in 2009 was freed from house arrest, although he was asked to keep a low profile.

He is the father of the centrifuge project, but not the bomb which was designed, built and tested in cold tests from 1983-1995 and then in hot tests in 1998 by the Pakistan Atomic Energy Commission. A little objective research would help apportion the credit where it is deserved.