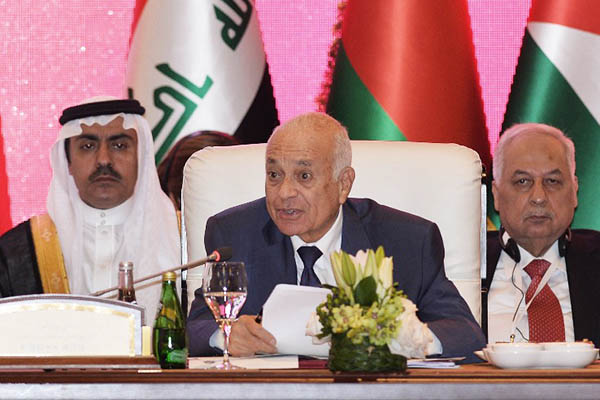 Arab foreign ministers vowed on Saturday to “defeat terrorism,” as they gathered for a regional summit just over a week after a jihadist-claimed truck attack in the French Riviera left 84 people dead.

In a statement, they also called for a “definitive solution” to the Israeli-Palestinian conflict, as Arab League heads of state prepared to meet in the Mauritanian capital on Monday and Tuesday. Omar Bashir, the Sudanese president who is wanted by the world’s top criminal court, is expected to attend the summit.

The ministers also agreed to support “all [initiatives] that can help to end the crises of the Arab world, especially the Syrian, Libyan and Yemeni conflicts,” a statement said. And they welcomed a French and Egyptian initiative to help revive dormant Israeli-Palestinian peace talks.

Egyptian President Abdel Fattah al-Sisi and Saudi King Salman are both expected to attend the upcoming summit. Bashir, wanted for genocide, war crimes and crimes against humanity by The Hague-based International Criminal Court, is also expected in Nouakchott.

However, as Mauritania has not ratified the ICC’s Rome Statute, chances that it will hand him over to the body are slim.

Despite facing charges over the Darfur conflict, which claimed more than 300,000 lives, Bashir has continued to travel, including to some nations that have ratified the treaty setting up the ICC. Controversy erupted last year when the South African government did not arrest Bashir when he attended an African Union summit in Johannesburg.