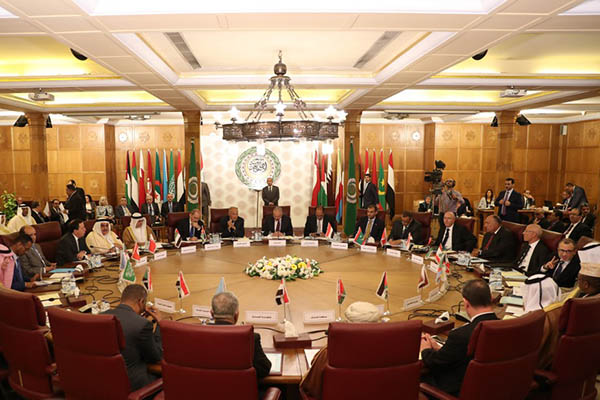 Arab foreign ministers on Saturday condemned Turkey’s “aggression” in Syria where it is pressing an offensive against Kurdish forces, calling for an immediate withdrawal of Ankara’s troops.

The statement came after an emergency session of the Arab League in Cairo called for by Egypt to discuss Turkey’s assault on the Kurds, who have carved out a fragile semi-autonomy in Syria’s northeast.

The deadly offensive launched on Wednesday has sparked broad international condemnation and threats of sanctions.

Arab League chief Ahmed Aboul Gheit slammed the Turkish attack as an “invasion of an Arab land.” The ministers called for “ending the aggression and the immediate and unconditional withdrawal of Turkey from all of Syria’s land,” the statement said.

“We can only take pride in the fact that governments, which did not mind the terrorist organization PKK’s occupation of a predominantly Arab area, the displacement of Arab civilians from their lands, or the destruction of Arab villages, are unsettled by #OperationPeaceSpring,” he wrote on Twitter.

Ankara says the main Kurdish militia in Syria is a “terrorist” group with links to its own outlawed Kurdistan Workers’ Party (PKK), which has been waging an insurgency in Turkey for three decades.

The foreign ministers of Iraq and Lebanon also called for Syria’s Arab League membership to be unfrozen. Damascus has been suspended from the pan-Arab bloc since 2011 over its bloody crackdown on protesters.

The Kurds served as the main ground partner in the U.S.-led fight against the Islamic State group in Syria, where they overran the last scrap of the jihadists’ “caliphate” in March.