Home Scope Are You Man Enough?

Are You Man Enough? 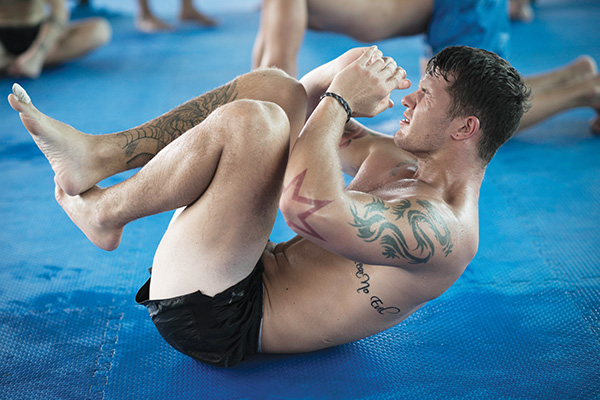 A treatment playing on male insecurity can backfire in dangerous ways.

Men, there’s something new for you to feel bad about, and it’s not an expanding waistline or a receding hairline. Rather, you might have a testosterone deficiency, or low T, that blah feeling of decreased libido and general lack of spark that you may experience as you get a little bit older—or so the companies making testosterone-replacement treatments would have you think. Yes, as men age, they make less testosterone. But “less” is not always a disease. No matter. Big pharma, looking for another Viagra-like blockbuster, is so certain it can make men worry that it spent more than $100 million in 2012 creating and marketing the new syndrome. And it’s working: annual testosterone-replacement sales just passed the $2 billion mark.

But after scrutinizing the real data around the dubious disease, Consumer Reports, in its July 2013 issue, is pushing back, advising men to steer clear of the treatment—except when testosterone levels are low for a medical reason, not one of routine senescence. The evidence for making a guy feel better, it says, is simply not there.

Men taking testosterone-replacement treatments do indeed gain some muscle strength and endurance, and a few feel a bit more frisky. These modest benefits, however, don’t come close to balancing out the many side effects: a short temper as well as more pimples, a superheated libido, and restlessness. Plus there are a few paradoxical changes that happen—men taking testosterone could develop breasts and find that they have lower sperm counts and smaller testicles. Then there’s the cost, which can be hundreds of bucks a month.

But worst of all, well-performed studies have demonstrated an increase in severe complications from the drug, including heart attacks, strokes, blood clots, and perhaps more aggressive types of prostate cancer. In fact, the American Urological Association has added testosterone to its list of overused, potentially dangerous treatments. Their concern, and Consumer Reports’ findings, however, may be too little too late. The pharmaceutical industry learned long ago that there is no safer investment than a product aimed at soothing male sexual insecurity.

Sepkowitz is an infectious-disease expert in New York. From our June 28, 2013, issue.