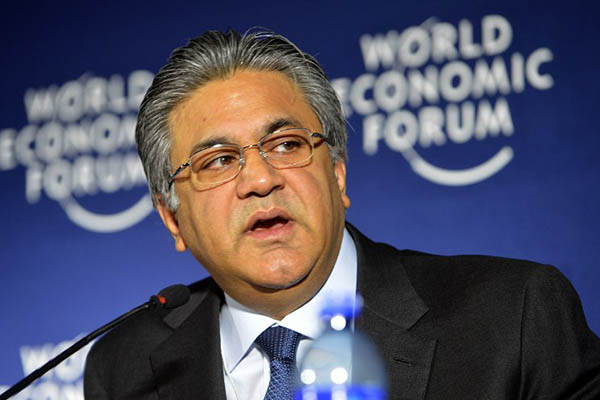 Court in U.A.E. set to render verdict in trial of founder of troubled Dubai firm Abraaj on July 5

A court in the U.A.E. city of Sharjah will issue its ruling on July 5 in the case against Arif Naqvi, who did not attend a hearing held on Thursday as he was outside the country, said his lawyer Habib al-Mulla.

The U.A.E. public prosecutor has issued a warrant for Naqvi’s arrest.

Essam al-Tamimi, a lawyer for the plaintiffs, said the prosecution was seeking a jail term of three years for Naqvi for “dishonoring” three checks worth a combined $300 million. The checks were signed by Naqvi for a short-term loan provided by the plaintiffs six months ago “without which Abraaj would likely have collapsed,” Tamimi said in a statement sent to AFP.

The case was sent to court after Naqvi showed “no intention of repaying the debt,” Tamimi said.

Mulla, the chief executive of law firm Baker McKenzie Habib Al Mulla, argues that his client is willing to repay the loan. The defense lawyer told AFP that Naqvi was surprised that creditors took the case to court while negotiations for a settlement were still ongoing.

Founded in 2002 by Naqvi, a Pakistani financier, the Abraaj Group had nearly $14 billion of assets under management before being granted a court-supervised restructuring last week in the Cayman Islands, where it is registered, following allegations of the misuse of funds. The Cayman Islands court appointed liquidators to oversee an “orderly restructuring” of the group amid suspicions that the investment giant could collapse.

Four key investors in a $1 billion healthcare fund managed by Abraaj, including Bill and Melinda Gates and a World Bank affiliate, have demanded an inquiry into allegations that money from the fund was used for other operations. That in turn triggered investor demands for their funds back. Abraaj had the funds to repay secured investors but could not repay unsecured investors.

The company had categorically denied any wrongdoing.

Abraaj Holdings chairman Sean Cleary quit his post on Thursday. “Following the appointment of the Joint Provisional Liquidators, Sean determined that his role as an independent non-executive director would serve no further legal or fiduciary purpose in the interests of creditors or other stakeholders,” read a company statement.