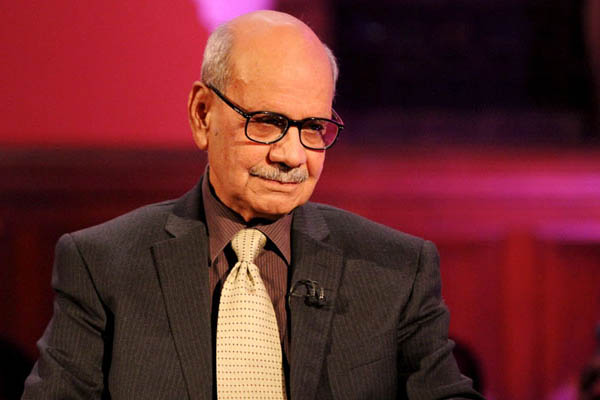 The Pakistan Army on Monday announced the formation of a formal court of inquiry to probe whether ex-ISI chief Lt. Gen. Asad Durrani disclosed any national secrets in a recently launched book he co-authored with a former spy chief of neighboring India.

The retired Durrani, who headed the Inter-Services Intelligence agency from 1990 to 1992, was summoned to the military’s General Headquarters “to explain his position on [the] recently launched book Spy Chronicles,” according to a post on Twitter by military spokesman Maj. Gen. Asif Ghafoor. “A formal Court of Inquiry headed by a serving Lt. Gen. has been ordered to probe the matter in detail. Competent authority approached to place his name on ECL,” he added, referring to the Exit Control List that bars individuals in Pakistan from traveling abroad while they are under investigation.

Durrani co-authored The Spy Chronicles: RAW, ISI and the Illusion of Peace with A.S. Dulat, an ex-chief of India’s Research and Analysis Wing intelligence agency. The book is based on a series of discussion between the two and Indian journalist Aditya Sinha, and covers various topics including Afghanistan, Kashmir and the tense relations between Pakistan and India.

Following the book’s wide release last week, former Pakistani prime minister Nawaz Sharif lashed out at Durrani, accusing him of allegedly disclosing national secrets. Sharif suggested that while he had been branded a ‘traitor’ by some elements within the armed forces following an interview in which he questioned the slow pace of the Mumbai attacks trial, Durrani’s revelations had apparently yielded little concern from the military establishment.

In the book, Durrani appears to admit to Pakistan’s role in fomenting unrest in India-administered Kashmir and suggests the military helped the U.S. locate and assassinate Al Qaeda chief Osama bin Laden but opted to appear “incompetent” to appease the extremist’s supporters in Pakistan.