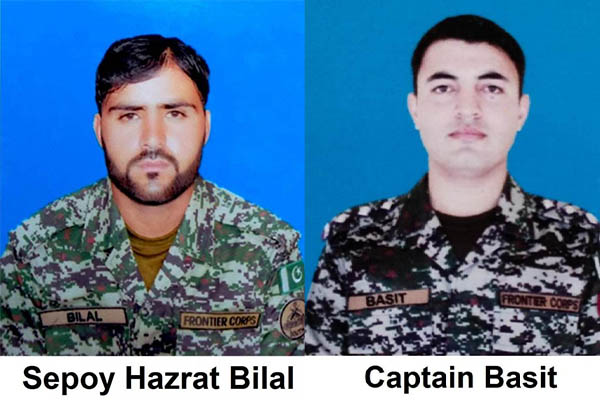 An officer and a soldier of the Pakistan Army were martyred on Tuesday following an intense exchange of fire with terrorists in Khyber-Pakhtunkhwa’s Kurram district, according to a statement issued by the military’s media wing, Inter-Services Public Relations (ISPR).

“Security forces conducted an area sanitization operation in Zewa, Kurram district on reported presence of terrorists,” read the statement. It said that in addition to the martyred soldiers, three terrorists were also killed during the operation.

The ISPR said that a cordon and search operation had been launched to eliminate any other terrorists found in the area.

There has been a marked uptick in attacks on security forces in Pakistan, with government officials blaming “India-funded” terrorists for it. Locals, meanwhile, claim that the resurgence is due to the current unrest in neighboring Afghanistan and have urged the government to take corrective action now or risk a return to the days when terror attacks were a daily occurrence.