Army Ready to Take on Any Challenges to Pakistan’s Security: Gen. Bajwa 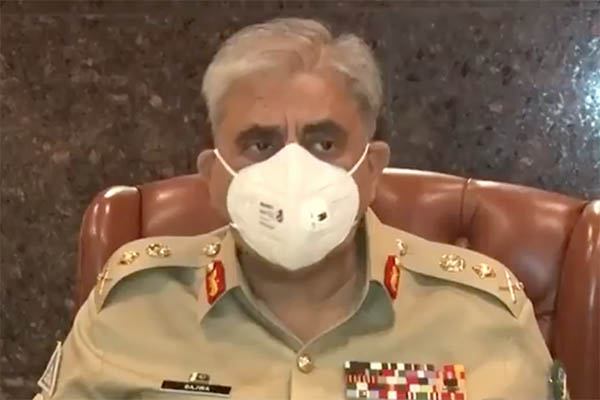 The Pakistan Army is a well-trained and battle-hardened cohesive force that is ready to take on any challenges to the country’s defense and security, Chief of Army Staff (COAS) Gen. Qamar Javed Bajwa said on Wednesday.

“Despite challenges, our focus remains on enhancing conventional capability of Pakistan Army, including ISR [intelligence, surveillance, reconnaissance], air defense, cyber and mechanization,” the military’s media wing quoted him as saying during a visit to the HQ Southern Command Multan, where he was received by Commander Southern Command Lt. Gen. Muhammad Chiragh Haider. According to the Inter-Services Public Relations (ISPR), Gen. Bajwa was given a detailed briefing on the operational, training and administrative matters of the formation.

It said that he had also visited Kot Abdul Hakim to observe the integrated training of strike corps troops who practiced drills and procedures involving crossing of major water obstacles as part of offensive maneuvers. Interacting with the participants of the military exercise, the Army chief said such exercises enhance the confidence of the troops and sharpen professional skills that boost optimal combat potential.

“Only a well-trained Army equipped with future battlefield technologies can safeguard sovereignty and territorial integrity of the country,” the ISPR statement quoted him as saying.