The conflict between geopolitics and diplomacy.

Not long ago, all armies of the world set their military targets on the basis of geopolitics, the determination of their nation’s security on the “permanent” basis of geography. This resulted in national-security policymaking which discouraged diplomacy, especially the economic leverage behind it that created peace irrespective of geography. It is said that armies embrace geography because it is permanent and obviates the frequent rewriting of military textbooks. On the other hand, diplomacy, the art of the possible, recognizes no limits to innovative policymaking. 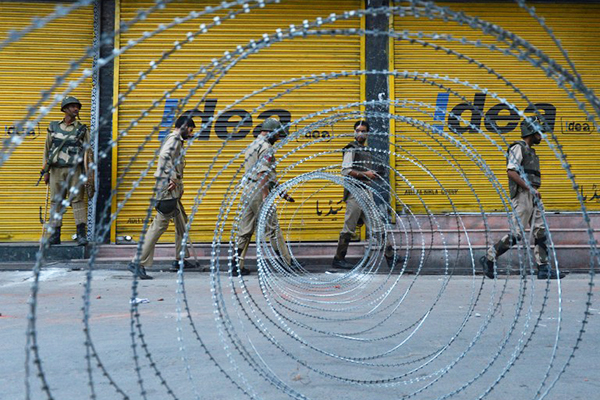 Take Pakistan. The military mind here believes that Indian hostility is permanent because regional geopolitics can compel India to cough up Kashmir. The crux of this geopolitics is that Pakistan is a geographical obstacle and gains leverage only through obstruction—not through trade connectivity between India and Central Asia. Revisionist Pakistani nationalism today stands squarely behind geopolitics and will likely thwart Prime Minister Nawaz Sharif’s efforts at normalizing relations with India.

Robert D. Kaplan produces geopolitical books quicker than one can read them. His latest, The Revenge of Geography: What the Map Tells Us about Coming Conflicts and the Battle against Fate (Random House, 2012), traces “geopolitics” to Sir Halford John Mackinder (1861-1947), an English geographer-director of the London School of Economics.

Mackinder believed that conflict emanated from geographic determinants and a nation’s effort to break out of the “heartland” if it has no or meager outlet to the sea. In this, “rimland” on the margin became pivotal, as he explained in his paper The Geographic Pivot in History. Since Mackinder stood at the edge of the Cold War, he saw Central Asia as a geographic pivot in history—“opening to the sea” for a virtually landlocked Soviet state—and region of conflict.

In our day Hillary Clinton’s State Department, bowing once again to Mackinder’s theory, shifted the “pivot” to Southeast Asia, where China will have to become dominant to achieve the status of superpower. What can one say when the world’s sole superpower revives Mackinder (somewhat discarded by globalization) to signal to an aspiring superpower that, after the Soviet Union, the latest global enemy of America is that aspirant, China?

Kaplan notes: “China’s most advantageous outlet for its ambitions is in the direction of the relatively weak states of Southeast Asia. Here, too, China’s geography is incomplete. China dominated Vietnam during the first millennium of the modern era. China’s Yuan Dynasty (of Mongol descent) invaded Burma, Siam, and Vietnam in the late thirteenth century. Chinese migration to Thailand dates back many centuries. The lack of a Great Wall in China’s southeast was not only because of the rugged forests and steep mountain folds between China and Burma, but because Chinese expansion along this entire frontier from Burma in the west to Vietnam in the east was more fluid than in the north of China. There are few natural impediments separating China from parts of Burma, and from Thailand, Laos, and Vietnam. The likely capital of a Mekong River prosperity sphere, linking all the countries of Indochina by road and river traffic, is Kunming in China’s Yunnan Province, whose dams will provide the electricity consumed by Thais and others in this demographic cockpit of the world.”

Kaplan also writes about the tyranny of geography in South Asia: “The key to understanding India is the realization that while as a subcontinent India makes eminent geographical sense, its natural boundaries are, nevertheless, quite weak in places. The result has been various states throughout history that do not conform to our spatial idea of India, and in fact lie astride it. In fact, the present Indian state still does not conform to the borders of the subcontinent, and that is the heart of its dilemma: for Pakistan, Bangladesh, and to lesser extent Nepal also lie within the subcontinent and pose significant security threats to India, robbing India of vital political energy that it would otherwise harness for power projection throughout much of Eurasia.”

Geolpolitical is some cases most important but now a days India confronting with Pakistan on the just issue basis. it blamed the responsibility of Bombing in Mumbai & hanged out Afzal Grue for that basis further tortured Ajmal Qasab & trying very rarely to imposed cold spot with Pakistan. Now its the core responsibility of Other Asian states to do more for the sake of other nation to keep balance of Power with other nation & especially to Pakistan. China now levelling its borders issues with India & realizing its importance in entire Asia. Here India must seek the importance of line of Borders.