Home Elections 2013 As Pakistan Votes, Opportunity and Risk for the U.S.

As Pakistan Votes, Opportunity and Risk for the U.S. 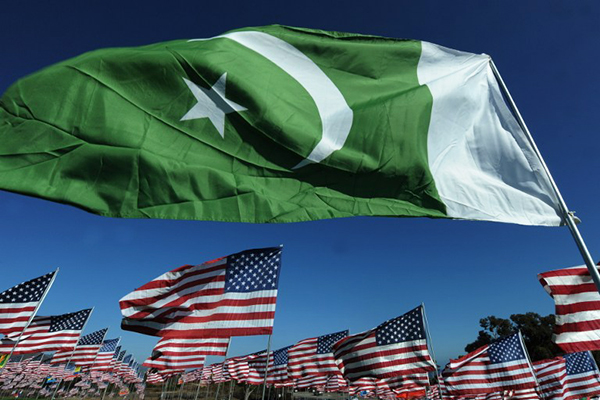 America could face hard choices if the next government allies with Islamists.

Washington needs Islamabad’s cooperation to fight militants in Pakistan and Afghanistan. This fundamental calculus of the United States, experts believe, will remain unchanged whatever the outcome of Saturday’s elections in Pakistan.

The U.S. has been careful not to take sides, knowing that its blessing can be a kiss of death in a country that views America dimly. A recent Pew poll shows that 64 percent of Pakistanis consider it an enemy state and only 11 percent view it favorably. So it has confined its public remarks to praise of the elections. State Department spokesman Patrick Ventrell called the elections “a historic development of which the people of Pakistan can be very proud.”

Nawaz Sharif, seen as the frontrunner, has criticized the U.S.-friendly policies of President Asif Ali Zardari. He has demanded an end to unpopular U.S. drone strikes inside Pakistan and called for negotiations with the Taliban. But most U.S. experts see him as a pragmatist. Sharif has campaigned not about the United States but the troubled economy—an issue on which it makes little sense to alienate Washington, which would be critical to securing another IMF bailout.

Seth Jones of Rand Corp. and a former U.S. military adviser notes that tensions have eased considerably since the crisis following the U.S. raid that killed Osama bin Laden in 2011. “There is an opportunity for engaging a new civilian leadership that will ideally have at least a short honeymoon period,” he said. “I think there is an opportunity to reset the U.S. relationship with Pakistan on some key issues—the security threats in Pakistan, some key economic issues.”

A third key player in the elections, former cricket star Imran Khan, has been more outspoken than Sharif or Zardari in criticism of the United States. But whoever wins will likely need to put together a coalition—which could prove unwieldy and, in Sharif’s case, include figures anathema to Washington.

A congressional aide who follows Pakistan warned that Sharif could form a coalition with hardline parties viewed as supportive of the deadly wave of violence against the country’s Shia and other religious minorities. “It’s going to be important for the administration to focus on what happens next in Pakistan, and which leaders we are going to have to work with to advance our interests in Pakistan,” said the congressional aide. “It doesn’t seem as if the administration has thought that far along yet.”

Analysts said that no matter who wins, vital U.S. interests will remain in the world’s sixth most populous nation with its nuclear arsenal, youth bulge, and extremism problems. The next government may try to renegotiate an agreement on supply routes into Afghanistan, a critical priority as the United States plans to pull out combat troops next year.

Daniel Markey, a senior fellow at the Council on Foreign Relations, called a U.S. exit from Pakistan “simply impossible.” But, he said: “That does not mean we have to continue on with the degree of involvement that we have, but we will remain engaged with the challenge that is posed by this country, Pakistan, forever.”