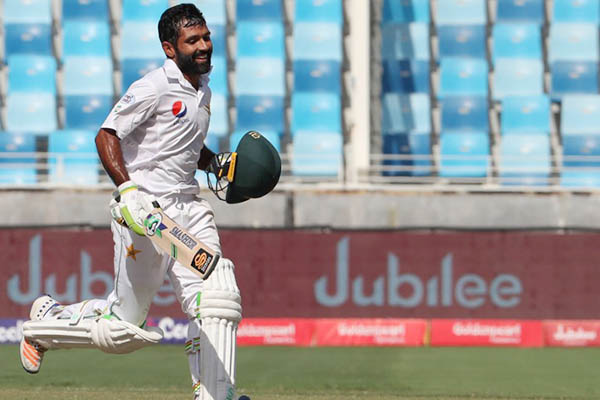 Asad Shafiq made a hundred as several Pakistan batsmen spent valuable time in the middle on Saturday ahead of Test matches against Ireland and England.

At stumps on the second day of four, Pakistan were 357 for seven in reply to Northamptonshire’s first innings 259 in their warm-up match at Wantage Road.

Pakistan provide the opposition when Ireland make their Test debut in a match starting in Malahide, near Dublin, on Friday and they then return across the Irish Sea for a two-Test series against England.

Two days of their tour opener against Kent were lost to bad weather without a ball bowled but conditions have so far proved kinder in Northampton where Shafiq, dropped twice, made his 20th first-class century and shared with Sohail a third-wicket stand of 136.

Sohail was in good touch but fell trying to hit off-spinner Rob Keogh against the turn when he got a leading edge and was caught at point.

An increasingly fluent Shafiq slog-swept a second six off Keogh before hitting the same bowler to long-on to complete a 98-ball fifty and he later brought up his hundred, Pakistan’s first of the tour, with a well-controlled sweep shot.

Northamptonshire took the new ball but Shafiq responded by taking three boundaries in one over off paceman Gareth Wade—a leg glance, pull and extravagant uppercut over cover.

Azam then enlivened proceedings with an attractive fifty off just 61 balls, including six fours.