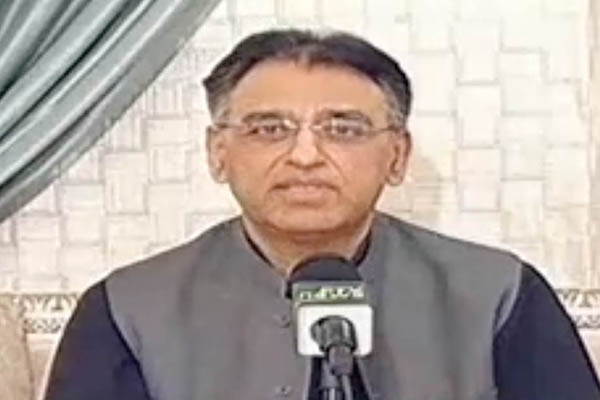 With COVID-19 on the decline in Pakistan, the government on Thursday decided to allow multiple sectors to resume normal operations from next week, with Planning Minister Asad Umar saying standard operating procedures (SOPs) for each sector would be finalized shortly.

Addressing media after a meeting of the National Coordination Committee, he congratulated the country on helping curb the spread of COVID-19 and said that the government had decided to allow tourist sites to reopen from Aug. 8 (Saturday). “A lot of these areas rely heavily on tourist revenue and we are aware of the difficulties they have faced,” he said. Prime Minister Imran Khan has been seeking the reopening of the sector since June, but had backed down from his stance due to resistance from provincial governments, who had felt it was too soon to allow rampant movement of people at that stage of the pandemic.

Unveiling other sectors that the NCC had decided to ease restrictions on, the planning minister said that restaurants and cafés employed a large number of people and had been suffering from their closures due to COVID. “We have decided to allow all restaurants and cafés, for both indoor and outdoor dining, to resume operations from Aug. 10 (Monday),” he said, adding that SOPs for their operation would be finalized in the next day or two.

Umar said that the government had also decided to allow all gyms, salons, beauty parlors, amusement parks, public parks, arcades, museums and cinemas to resume operations from Aug. 10, adding that SOPs would be issued within a few days. He said that non-contact sports had also been allowed to organize tournaments, provided they no audiences would be allowed in stadiums.

He said that all airlines and railway lines would be allowed to resume normal operations at cities nationwide. “They had two restrictions in place: how many flights and trains could operate and how many locations they could travel to. These restrictions are ending,” he said, adding they would be allowed to freely travel anywhere in the country. “Restrictions on social distancing [in transport services] will continue until the end of September,” he said.

Similarly, said Umar, pillion riding was being allowed once again and restrictions on road transport services were also being eased.

The planning minister said that religious shrines were being allowed to reopen for the public, but added that in case of any event that attracted a large crowd, such as an urs, they would be required to secure permission from the relevant provincial government.

Among the sectors that will remain closed until September are educational institutions, which Umar said had been tentatively allowed to resume operations from Sept. 15. “This decision will be reviewed in a final meeting on Sept. 7,” he said, adding that both the education and health ministries were working closely together to enact SOPs for this sector. “We have observed the effects of reopening schools in other countries,” he said and noted that the government had learnt from those experiences.

Marriage halls would be allowed to reopen from Sept. 15, said Umar, adding that the government had desired to stagger resumption of normal operations to monitor the spread of COVID-19 after each easing.

Umar concluded his press statement by saying that while the government had decided to reopen all sectors, this did not mean the threat from COVID-19 was over. “Globally, we are seeing spikes in cases after they had brought the pandemic under control,” he said. “The threat is ongoing … if we become complacent there is a great chance that the situation will worsen once more,” he warned, adding that if that happened the government would have to reconsider resumption of normal operations.

“The sectors we are opening now are the ones that carry the most risk of spreading COVID-19. This is why they are being reopened so late,” he said, urging the public to be ever more careful now than they had been earlier.