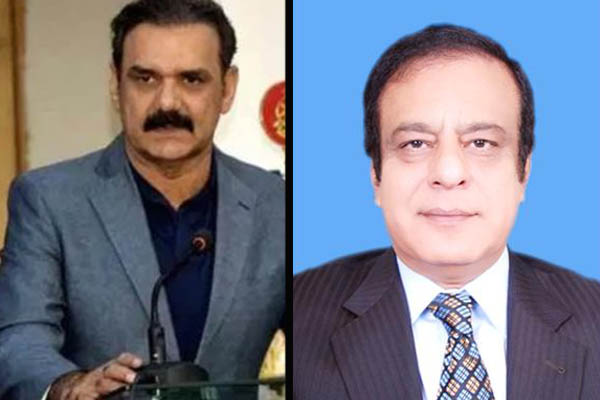 Senator Faraz will serve as information minister while Bajwa will act as Special Assistant to the P.M.

In a brief post, Hussain said “an honorable and dignified man, Shibli Faraz, has been appointed new information minister of Pakistan and “a brilliant Asim Saleem Bajwa appointed the SAPM on Information.” He added: “Both will make a great team.” A notification announcing the changes has yet to be issued by the government but is expected shortly.

Awan has now been de-notified as Special Assistant to the P.M. It is unclear if she would continue to have any role in the federal cabinet. Following his removal as information minister last year, Chaudhry Fawad had been appointed the Federal Minister for Science and Technology.

Bajwa, who assumes Awan’s vacated post, is currently also serving as the chairman of the China-Pakistan Economic Corridor (CPEC) Authority. It is likely that he could hold the additional charge of SAPM while retaining his post as chairman.

Bajwa served as director-general of the Inter-Services Public Relations from June 2012 to December 2016. In November 2019, post-retirement, he was notified as the chairman of the CPEC Authority for four years.

Meanwhile, new information minister Faraz is an investment banker who served as a pilot in the Pakistan Air Force during his youth before joining the bureaucracy. He was elected to the Senate from Khyber-Pakhtunkhwa in March 2015, and was appointed the Leader of the House in Senate on August 2018.