Assault on Police Stations in Kabul 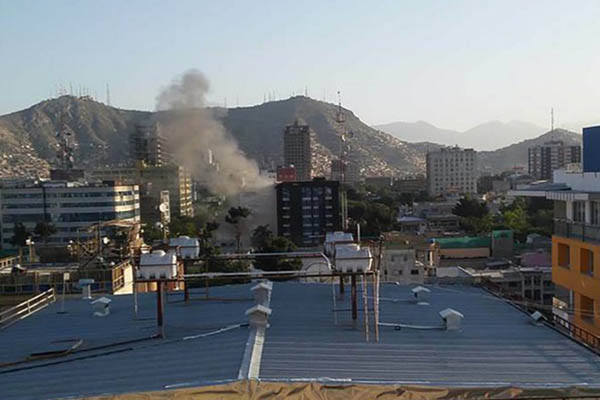 At least 10 people dead, 23 others injured in attack

The death toll from apparent coordinated attacks on two Kabul police stations has risen to 10, the health ministry said on Thursday, as the Afghan capital remains on edge in expectation of more violence.

At least 23 people were also wounded in Wednesday’s hours-long assaults in the city, the ministry said. The Taliban and Islamic State group each claimed responsibility for one of the attacks. But Afghanistan’s intelligence agency blamed the Taliban’s Haqqani Network and Pakistan-based militant group Lashkar-e-Taiba for both incidents.

The Taliban said the attack in front of a police station in Shar-e-Naw neighborhood in downtown Kabul was revenge for an Afghan airstrike on a religious ceremony in a Taliban stronghold in northern Afghanistan on April 2.

The United Nations Assistance Mission in Afghanistan (UNAMA) said Monday that children made up most of the 107 casualties in the airstrike that Afghan authorities said had targeted senior Taliban commanders planning attacks. “It was revenge for the perpetrators and organizers of that attack who used this center [in Kabul] to plan and organize the attack [in Kunduz province],” the Taliban said in a statement.

During a weeks-long investigation, UNAMA verified that 36 people were killed—30 of them children—in the attack in Dasht-e-Archi district. Seventy-one people were wounded, including 51 children, it said.

A senior Taliban commander told AFP recently the Kunduz attack had given the militant group a propaganda boost. “People in general are very angry with the attack on a seminary in Kunduz and it has positively changed the atmosphere for the Taliban,” he told AFP on the condition of anonymity. “All doors for peace talks are currently closed. I can see more war in the future.”

Suicide bombers and gunmen carried out Wednesday’s attacks in Kabul, with loud explosions and volleys of gunfire jangling already frayed nerves in the city.

I.S. claimed responsibility for the raid on a police station in a heavily Shia-populated neighborhood in the city’s west.

After an easing of attacks in Kabul in February, Taliban and I.S. militants have stepped up assaults in the city in recent months.

The latest attacks happened just over a week after twin blasts in Kabul killed 25 people, including AFP chief photographer Shah Marai and eight other journalists. Those attacks were claimed by I.S.

The Taliban recently launched their annual spring offensive, in an apparent rejection of a peace talks overture by the Afghan government. Their Operation Al Khandaq will target U.S. forces and “their intelligence agents” as well as their “internal supporters,” a Taliban statement said on April 25.