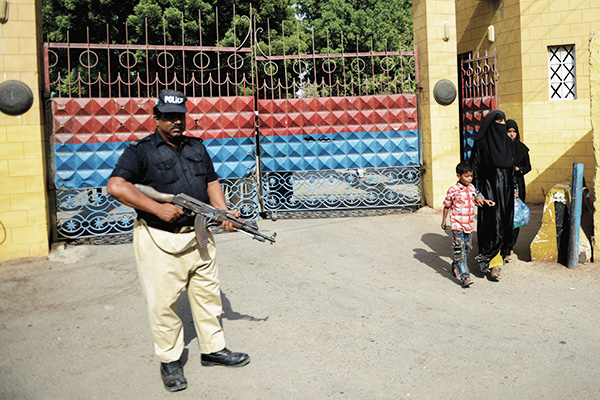 An intelligence tip led the Sindh Rangers to a 10-feet-deep, 150-feet-long tunnel dug from a house in Karachi’s Ghausia Colony to the high-security Central Jail, where some 100 “dangerous” militants are being kept. According to Manzoor Wassan, provincial prisons minister, a policeman sold the house—just a hundred feet from the jail—about four months ago. The would-have-been-stunning jailbreak was averted, but the discovery of the tunnel has renewed worries about the ingress of Al Qaeda and Taliban militants in Sindh province and the collusion or sympathy of some law-enforcement personnel with their unholy cause. Fears of such radicalization are real. Al Qaeda’s recent naval dockyard attack in Karachi counted serving and former Navy men as planners and perpetrators. Sindh is also reviewing the security of its jails. The Central Jail, says Wassan, is being relocated.