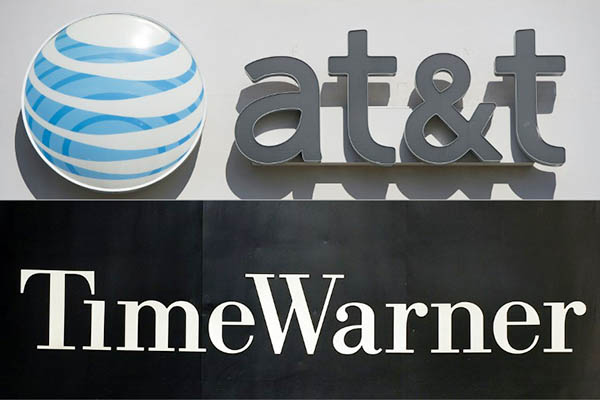 AT&T’s media-entertainment arm announced on Monday a major reorganization that merges its HBO premium television with the mass-market Turner networks and gives a broader portfolio to CNN chief Jeff Zucker.

WarnerMedia—the new name for the Time Warner conglomerate acquired by AT&T—unveiled its new organizational model days after an appeals court affirmed the tie-up by rejecting a government antitrust challenge.

Under the new plan, the new WarnerMedia Entertainment unit will be led by TV veteran Robert Greenblatt and include HBO, the linear cable networks TNT, TBS and truTV. The unit will also manage the planned “direct-to-consumer” service that will challenge rivals such as Netflix and is expected to be operational this year.

The move suggests that AT&T will combine its HBO programs with other Warner content in a bid to compete with streaming rivals. It comes following the resignation of Richard Plepler, the longtime head of HBO who help build the brand’s reputation.

Zucker will head the newly minted WarnerMedia News & Sports division that will include CNN, Turner Sports, Bleacher Report and the AT&T Regional Sports Networks, while continuing his role at the cable news channel.

Kevin Tsujihara will still serve as chairman and chief executive of the Warner Bros studio, with additional responsibilities including a new global kids and young adult’s business.

“We have done an amazing job establishing our brands as leaders in the hearts and minds of consumers,” said WarnerMedia CEO John Stankey.

Stankey said the reorganization “gives us the right management team to strategically position our leading portfolio of brands, world-class talent and rich library of intellectual property for future growth.” In the antitrust case, telecom and broadband giant AT&T defending itself against accusations of too much power in home entertainment, saying it needed to ramp up competition against Netflix and other streaming rivals that are gaining consumers.