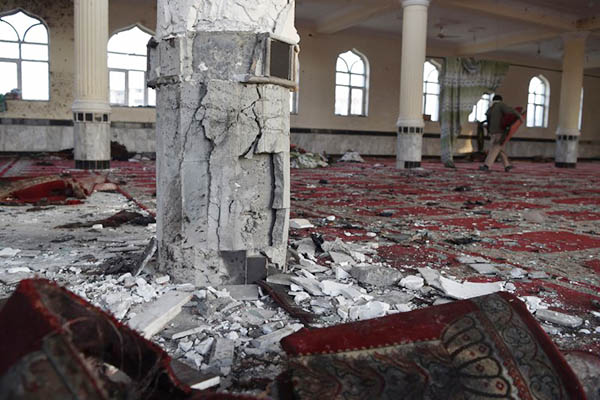 Religious attacks in Afghanistan have skyrocketed in the past two years with the minority Shia community the main target, the United Nations said on Tuesday, days before a key event in the Muslim calendar.

Since January 2016 there have been 51 incidents resulting in 273 deaths and 577 wounded—nearly double the number of casualties for the previous seven years, the U.N. Assistance Mission in Afghanistan (UNAMA) said in a report.

The incidents involve attacks against mosques and worshippers as well as targeted killings, abductions and intimidation of religious leaders.

“The unprincipled brutality of such attacks is reflected in the appalling human cost,” UNAMA said. Shias, who number around three million in overwhelmingly Sunni Afghanistan, have for months been calling for more protection for their religious sites.

The Sunni extremist group Islamic State has claimed most of the attacks on Shia worshippers as it seeks to stir up sectarian violence in the country.

The UNAMA report comes ahead of Shia ceremonies for Arbaeen this week, which marks the end of a 40-day mourning period after Ashura. Such religious events have been targeted by militants in the past because prayer halls are likely to be packed with worshippers, maximizing the number of casualties.

Last year’s Arbaeen commemorations in the Afghan capital were marred by a bloody attack on a Shia mosque that killed or wounded scores of people.

The U.N. called on the Afghan government to take “additional measures to protect all Afghans exercising their right to freedom of religion or belief, especially those vulnerable to sectarian attacks.”

“Attacks against Shi’a Muslims and their places of worship may be expected to continue—or increase—if action is not taken,” the U.N. said.

In the most recent attack on Oct. 20 a suicide bomber pretending to be a worshipper walked into a Shia mosque in Kabul and blew himself up, killing 56 people and wounding 55 others.

In September, ahead of Muharram—the mourning period for the seventh-century killing of the grandson of Islam’s Prophet—the government announced a plan to arm more than 400 civilians to help defend Shia mosques. But the deadly attacks continued, underscoring the impotence of Afghanistan’s security forces to protect civilians.