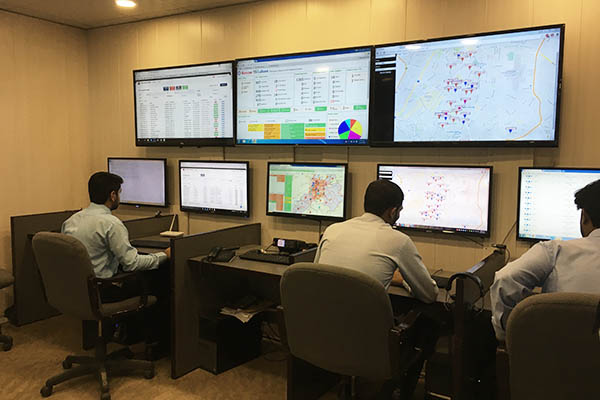 Police in Lahore have an image problem.

Often accused of false arrests, graft, dereliction of duty, and staged ‘encounters’, the 26,000-strong force is mostly seen as the provincial government’s bully—the ‘stick’ for when the political ‘carrot’ fails. That perception became canon last year after local media broadcast images of hundreds of cops clad in riot gear baton charging and killing 14 supporters of anti-government cleric Tahir-ul-Qadri. A few months later, the cops were at it again—this time charging at blind protesters for daring to demand government aid.

Despite the public backlash from both events, the police had little to say in their defense—partly because the force has traditionally shunned media scrutiny and partly because the ‘common man’ has had few options to register complaints. Dr. Haider Ashraf, the DIG (Operations) of Lahore, hopes to change this.

“Unfortunately, people consider us rude, inefficient and corrupt,” he told Newsweek at his office in central Lahore last month. Contrary to popular belief, says the 41-year-old cop, the police is acutely aware of its perception and wants to change it. “We follow what the media says about us daily,” he says, adding the force has launched several new initiatives to help remove the bad blood between it and the citizenry it is tasked to serve and protect.

Part of this revamp includes establishing a social media presence. Buoyed by the success of similar outreach efforts abroad, the Lahore police set up a Facebook page and a Twitter account in September 2014 and is currently developing an official website. But while the online presence has helped alleviate some concerns, tales of the constabulary’s ineptitude and brutality persist—much to Ashraf’s chagrin.

“I can’t deny it. Pakistan still follows a very primitive style of policing,” says the soft-spoken Columbia graduate who took charge last July, “Our Police Rules are from 1934 and our Act is as old as 1861. There has never been a single, sincere thought about police reforms in this country.” Recent efforts to reform police, such as the Police Order 2002, have been widely panned as largely superficial, focused on increasing manpower without increasing public oversight or operational autonomy.

The DIG says a major problem is the overall criminal justice system, which is heavily reliant on eyewitness testimony and has only just started utilizing forensic evidence. In the past five years alone, 14,886 suspected criminals have been released from prison due to lack of evidence or ‘missing’ witnesses. An average stay behind bars was two months. “It is unfair to dump the load of the entire criminal justice system on the police. The government and the judiciary also needs to look into this,” he says.

Instead of waiting on political will, Ashraf has decided to take it upon himself to clean up the beleaguered force, starting with two simple aims: clean up public perception and encourage the use of technology for effective policing. For the latter, he’s launched the Digital Monitoring and Smart Policing program. Under this initiative, 300 Android-based smartphones pre-loaded with details of 14,000 ‘most wanted’ men and stolen vehicles have been distributed to local police. The goal is to have the cops check license plates and unique identifiers on the spot instead of requiring them to log in at local precincts, reducing the time taken to solve crimes. Real-time trackers are being installed on 800 police vehicles to prevent cops from abandoning their designated areas. 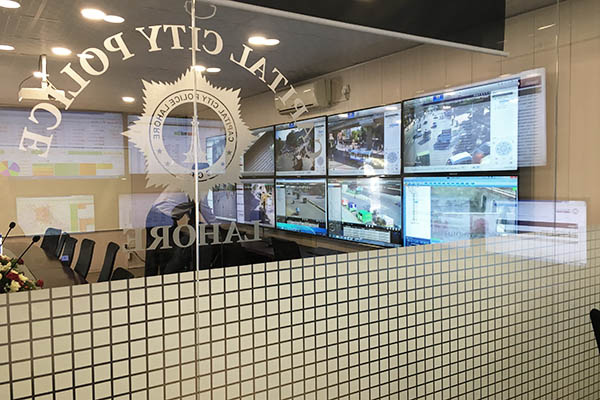 Ashraf is also attempting to streamline the police helpline, 15, which is plagued by prank calls—nearly 90 percent of 5,000 daily calls are fake, according to police records. To discourage this practice, police in Lahore have again turned to technology, setting up a Whatsapp and SMS-based complaint unit that specifically targets women and senior citizens who avoid police stations. Anyone can submit a complaint via mobile phone on 8330, which is then forwarded to the area police for follow-up within 24 hours. “This is a paid service [Rs. 2 per SMS], unlike our helpline which is free. When you ask people to pay, you have less hoax calls to deal with,” explains one operator.

Lahore’s cops are also hoping to learn from their counterparts in Karachi by introducing the concept of crime mapping. Unlike the provincial capital of Sindh, which has a toxic mix of terror and gang-related crimes, Lahore is generally safer. It’s most rampant crime is motorcycle theft, according to police records, which show that 10 to 15 motorcycles were being stolen from outside public hospitals every day until police stepped up their patrols. Murder cases have also dropped from 500 in 2014 to 384 this year.

This kind of ‘e-policing’ requires round-the-clock monitoring, a fact not lost on Ashraf, who has set up a pilot program to gauge public reaction and identify the best methods for a large-scale rollout. The swanky office in central Lahore, newly equipped with high-def monitors, currently caters to certain sectors of the city and is staffed with 16 men. Working in two shifts, they record crime statistics, monitor CCTV footage, reply to text messages, and coordinate with police officials via Skype. The monthly budget of the enterprise is a pittance at Rs. 200,000, which covers Internet and miscellaneous expenses.

Ashraf says the pilot project was purposely kept in-house to save money until Chief Minister Shahbaz Sharif is convinced to expand the project to other parts of the city. “He has been informed [of its progress],” says Ashraf. “Let’s see when he comes [to visit].” If approved, Ashraf’s plan calls for 12 similar satellite offices to help police the city of 11 million.

Ashraf is the first to admit that while the e-policing program is a solid start, convincing locals of the police’s commitment to reform takes more work. But, he insists, the incoming crop of police cadets will aid in this transition.

“It is shocking to see the kind of youngsters applying these days,” says Ashraf. , “We have post-graduates, lawyers, graduates of all sorts appearing for exams because of Pakistan’s unemployment rates,” he says, adding that this allows the police to be more choosy about who they induct into their ranks. Only the most qualified candidates are handpicked by Ashraf and placed in each of 84 police stations across Lahore. He has also appointed two administrators at each police station to aid the public. The results are already being seen, he says, urging locals to prove him wrong. “I have a challenge for Lahoris. Go to any [police] station in the city. You will not be mistreated, regardless of your economic background.”

In order to avoid fake complaints there should be an central email for the department of police, which may be reserved for the genuine complainant. After filling the complaint sending the request.. he/she must take the hard copy of the complaint to the nearest police station where he/she live. This will help the police to avoid unnecessary calls and complaints.

My observations are still there.. who and how it has been manged to implement without having passed through proper channels before its implementation, who was the master mind to have it implemented worth getting amended in police rules and nor passed by the provincial assembly as highlighted by the Newsweek.. I salute you for highlighting..!

I wrote this paper in Feb. 2015 the theme has been implemented without taking me in confidence.. Shame..

A step in the right direction. A country with over fifty percent of mobile connectivity must use the Internet potential to its max.

Excelent Research here, as always by Ms. Shah. A small thanks from her wud not b out of place.

I have stopped to further work on any project in Pakistan unless guaranteed by any authentic office.

Thanks to everyone for contributing and sharing such an information.