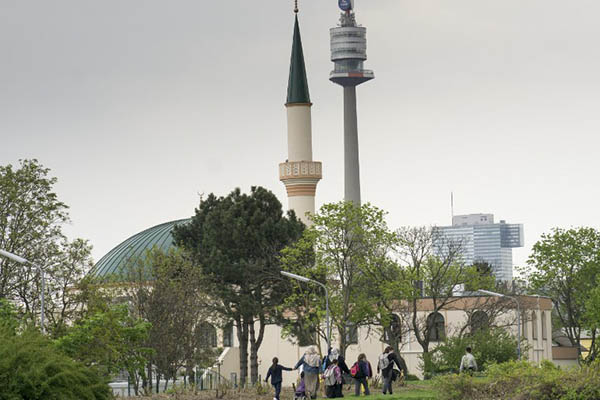 Austria’s main federation of Muslim residents (IGGiOe) on Sunday voiced its “indignation” after Vienna announced the closure of seven mosques and said it would expel Turkish-funded imams.

Olgun said the policy was not “appropriate to control political Islam” and “will lead ultimately to a weakening of structures within the Muslim community in Austria.”

The Austrian government has not produced any “objective justification” for the closures, four of which apply to mosques in Vienna, he added.

Olgun also criticized the government for not informing the federation of the measures in advance and for unveiling them on the final Friday of the Muslim fasting month of Ramzan.

“Solutions should be worked out together around a table rather than unilaterally on the backs of the Muslim minority,” said IGGiOe, which is to hold its own audit of mosques and personnel affected by the policy before requesting a meeting with the ministry of culture.

Vienna announced on Friday that it will close the seven mosques, saying they breached 2015 guidelines requiring “a positive attitude towards the state and society.” Several imams have been accused of preaching radical Islam.

Vienna has thus called into question their future despite their being on the approved list of Turkish Islamic Union of Austria (Atib), the most powerful Turkish religious association in the country and linked to Turkey’s directorate of religious affairs Diyanet.

Up to 60 Atib-approved Imams and their families could be expelled, with Vienna saying they are financed by Ankara, contravening a ban on foreign finance of religious organizations. Two imams have had pending requests for residence permit renewals turned down.

Atib denies there are radical imams working in the mosques concerned although the association recognized some Turkish finance which it justified saying this was a known fact and necessary to ensure adequate training.

Erdogan reacted furiously on Saturday, saying that “these measures taken by the Austrian prime minister are, I fear, leading the world towards a war between the cross and the crescent.”

Some of Austria’s opposition parties have been broadly supportive of the move, with the center-left Social Democrats calling it “the first sensible thing this government’s done.”

But the Green Party pointed out it could serve as a propaganda victory for the Turkish government.

Around 360,000 people of Turkish origin live in Austria, including 117,000 Turkish nationals. Erdogan faces stiff opposition in presidential and legislative elections on June 24 and the Austrian government has banned Turkish officials from holding meetings in the country ahead of the polls.