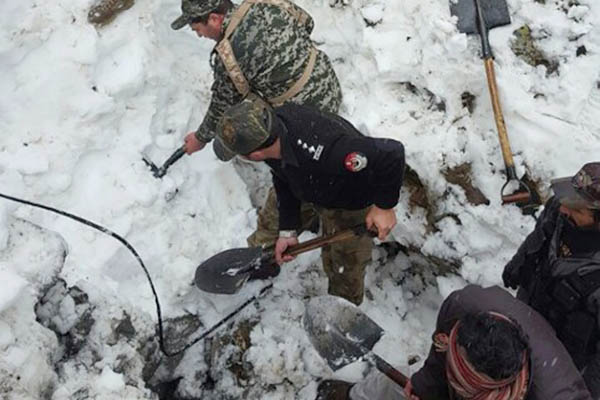 An avalanche killed at least seven laborers in northern Pakistan on Sunday, a senior official said, with up to four more trapped beneath the snow.

The accident, which also injured seven, happened near the Lowari Tunnel which connects the districts of Dir and Chitral in Khyber-Pakhtunkhwa province, senior local administration official Shahab Hameed told AFP. “Efforts are also being made to pull the remaining workers out alive,” he added.

Rescue teams have rushed to the area to help travelers stranded by the avalanche and provide medical attention for the injured.

At least 13 people were killed and 20 homes destroyed by avalanches and heavy rain, which struck the region earlier this month—while the death toll in neighboring Afghanistan rose to almost 200.

Severe weather hits Pakistan every year, with avalanches in winter and flash floods in summer.