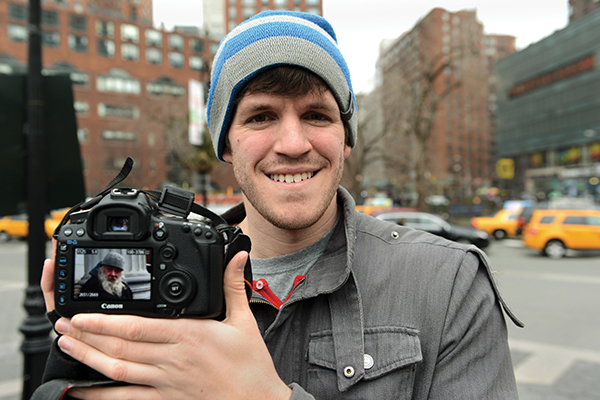 Our unending crisis of confidence.

Brandon Stanton won raves for posting a series of pictures from Pakistan on his Facebook page, Humans of New York. These included a man taking his tiny daughter to the beach in Karachi, children playing in Hunza, a man who nursed his terminally ill wife through cancer, bonded laborers at a brick kiln. He also helped raise more than $2 million for labor-rights activist Syeda Ghulam Fatima.

But some Pakistanis expressed ire at the enthusiastic way in which the HONY project was received at home. It was an extension, they claimed, of a colonialist mentality, where “brown people” need “white people” to teach them about their own country.

The project was meant to showcase the soft side of Pakistan to regular HONY viewers, who do not live in Pakistan and who have a terrible opinion of our country. We’re so desperate for a positive image to go out that people became enthusiastic (and overenthusiastic) about the whole thing. Still, how does one portray Pakistan in a way that is authentic to our experience, our truths, and our realities? How do we build bridges between Pakistan and the rest of the world by showcasing our country without indulging the exploitative Western gaze?

Lacan’s concept of the “gaze” is the stage of development when a child realizes he can see himself in a mirror, so he has an appearance to himself. This realization causes anxiety in the child, as the child now knows he is an object that can be viewed by others. A loss of freedom is implied here. The child must now take the reactions of others to his self into account. No longer is he free from the judgment of others, and complete autonomy can never be regained.

The gaze crossed over from psychology into power, gender politics, and post-colonialism. Orientalism, as conceived by Edward Said, describes the West looking at the East with preconceived ideas about what Eastern societies are like (exotic, mysterious, deceitful). Eastern people then start to behave true to the expectations of the Western gaze. The “gaze” is also key in the establishment of the “other,” with the white man being the default setting of normality and all the rest being deviant aberrations.

Instead of fretting about HONY and the Western gaze, we must emphasize—in our writings, films, art—our gaze. If we act as though it is our gaze that matters most, the Western audience’s gaze becomes diminished by the strength of our own vision; we become liberated from seeing our lives as a performance for an audience that we have to win over.

We must, of course, develop the authority and confidence in our own voice, the self-belief that we are the ideal people to tell our story, because we are here witnessing, recording, absorbing and interpreting with the clearest eyes. We have to be confident in the truth that we are the authors of our own stories.

Yet the manner in which HONY was bemoaned suggests that such authority and confidence are sorely missing.

Musings of the Marginalized

This was not taken by Brandon.