‘Azadi March’ Sit-ins to be Replaced With Rallies: Opposition 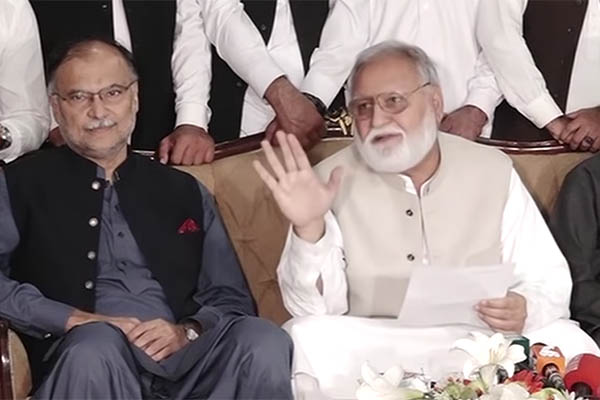 Opposition political parties on Tuesday said they would end sit-ins at major traffic arteries across Pakistan because they were ‘inconveniencing’ the public.

Jamiat Ulema-e-Islam (JUIF) leader Akram Durrani, who also heads the Rehbar Committee of opposition parties that are participating in the anti-government ‘Azadi March’ movement, told a press conference that all barriers would be removed overnight. “We will now hold rallies at district level nationwide,” he said, adding the movement did not wish to impose more difficulties on traders and the common man.

“The committee has suggested calling an all-parties conference [to deliberate on the future course of action],” he said. “It fully endorses our policy of continuing our pressure on the government to call for fresh elections,” he added.

Durrani said the opposition would announce its next steps within the next few days. “[Prime Minister] Imran Khan will have to go home now,” he stressed.

The JUIF, led by Maulana Fazlur Rehman, has been protesting against the government since last month, starting with the ‘Azadi March’ from Karachi. After a journey of several days, tens of thousands of the party’s supporters camped out in Islamabad for two weeks in a bid to pressure P.M. Khan to resign. A week ago, the dharna was called off, with the announcement of a ‘Plan B’ that aimed to block major traffic arteries connecting the country’s four provinces with each other.

Pakistan Peoples Party leader Farhatullah Babar also addressed journalists on the occasion, saying his party was in complete agreement with the JUIF. Similarly, Pakistan Muslim League (Nawaz) leader Ahsan Iqbal said the opposition had decided to inform the public of pressing concerns through the district level protests. “A democratically elected government through free and fair elections is the only solution,” he added.

Separately, JUIF chief Maulana Fazlur Rehman predicted, once more, that the government of Prime Minister Imran Khan only had a few more days left in power. He slammed the premier’s comments about the dharna, which he made during a speech on Nov. 18, and alleged that Khan had helped his sister escape accountability.