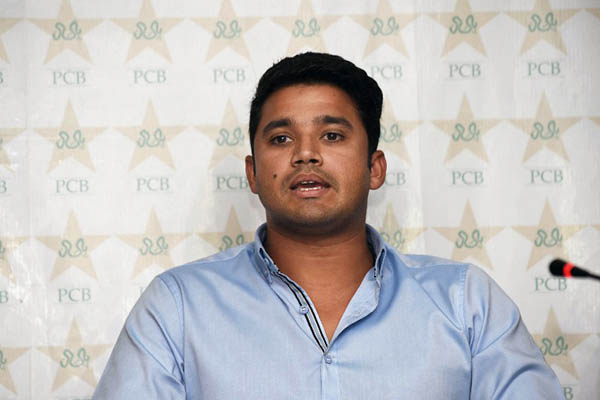 One-day captain says he hopes to get the best out of disgraced player.

The rehabilitation of disgraced cricketer Mohammad Amir takes another step forward Monday with one-day captain Azhar Ali welcoming him into the side for the series against New Zealand.

Ali, who takes over the captaincy from Shahid Afridi for the 50-over game, initially refused to play alongside Amir who is making his return to the international scene after a prison term and five-year ban for spot-fixing. But on the eve of the first ODI against New Zealand in Wellington, Ali said he had talked to Amir and aims to “get the best” out of the 23-year-old quick bowler if he starts.

“We have moved on. We are united and looking forward to the challenge,” Ali said as the team practiced in blustery conditions on Sunday. “Whatever my stance was, my job is to lead and keep harmony in the dressing room.”

Afridi had no problems having Amir in his side for the just completed Twenty20 series, won by New Zealand 2-1 with Amir bowling 11 overs and taking one for 100 over the three matches. While Afridi backed a second chance for Amir, Ali stayed away from the first two days of a training camp before the New Zealand tour saying he would not attend “as long as Amir is there.”

He resumed the captaincy after Pakistan Cricket Board Chairman Shaharyar Khan intervened and said he has since talked to Amir and did not expect any problems. “He bowled well in the T20s. My job is to try to get the best out of him,” Ali said.

Pakistan have a strong squad of quick bowlers to choose from with Mohammad Irfan, Wahab Riaz and Rahat Ali also in the mix. “Obviously we will try to put a combination together which suits these conditions and the wind factor. We’ve been practicing bowling into it, everyone is ready,” Ali added.

Before the 2010 spot-fixing scandal, which also involved then Pakistan captain Salman Butt and fellow bowler Mohammad Asif, Amir was regarded as the hottest property in international cricket. As a teenager he took 51 wickets in 14 Tests, 25 in 15 one-day internationals and 23 wickets in 18 Twenty20 matches.

New Zealand, meanwhile, had no problems with Amir’s return and all-rounder Grant Elliott saw the “trampoline” effect imposed by the giant Irfan as probably more of a concern.

At around seven feet tall, Irfan is one of the tallest bowlers ever to play Test cricket and the left-armer’s height posed problems for the batsmen. “It’s like batting on a trampoline. It’s a different proposition,” said Elliott, who expects a lot of bounce in the Basin Reserve wicket. “The height that he comes from is very different so it takes a little bit of getting used to. But a great player to come and watch and for the crowd to see bowl. He’s close to seven foot and comes in and bowls at 140 clicks, so it’s exciting to face.”