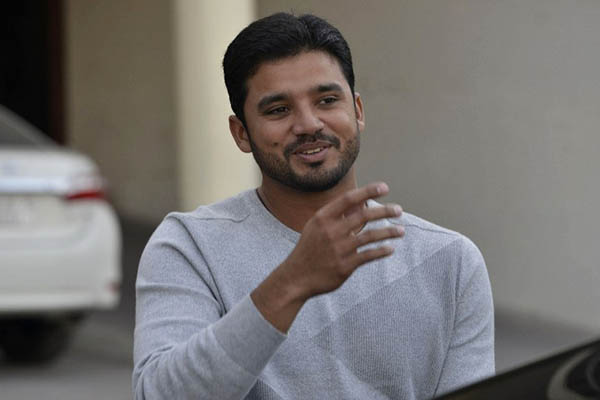 Former ODI captain says he wants more time to dedicate to his skills, as he admits results were not up to par.

Azhar Ali said on Friday he was desperate to resurrect his fortunes with the bat ahead of the 2019 World Cup after giving up the Pakistan one-day captaincy to be replaced by Sarfraz Ahmed.

The 31-year-old was already facing calls for his head following Pakistan’s dismal 4-1 series loss in Australia last month but on Thursday he offered his resignation from the high-pressure job to Pakistan Cricket Board Chairman Shaharyar Khan.

“I want to focus more on batting,” Ali told AFP. “That’s why I also left the Test vice-captaincy as this is the right time to further improve my batting.”

Ali managed just 37 runs in the three one-day internationals he played in Australia while he missed two matches through injury. “I am honored to have led Pakistan. I tried my best but results did not come,” added Ali, who was surprisingly appointed after Misbah-ul-Haq quit ODIs following Pakistan’s quarter-final exit at the 2015 World Cup. He was not even part of the one-day team for 15 months before being made captain. His tenure was also marred by being blanked 3-0 for the first time by neighbor Bangladesh. Overall, he skippered Pakistan in 31 matches, losing 18 and winning 12 with one no result.

That period also saw Pakistan drop as low as ninth in the one-day rankings. Their current ranking is eighth and they face the threat of losing out on direct qualification for the 2019 World Cup in England.

The top seven teams—plus hosts England—on the cut-off date of Sept. 30 this year will get direct entry to the World Cup. The four remaining teams will play a qualifying round in 2018.

Ali said it was time to move on in his career. “It was like swimming against the tide which was not correct. I think this is not the right team to seek the captaincy or vice-captaincy.”

Pakistan’s next assignment is a three-match one-day series in the West Indies followed by two Twenty20 internationals and three Tests.