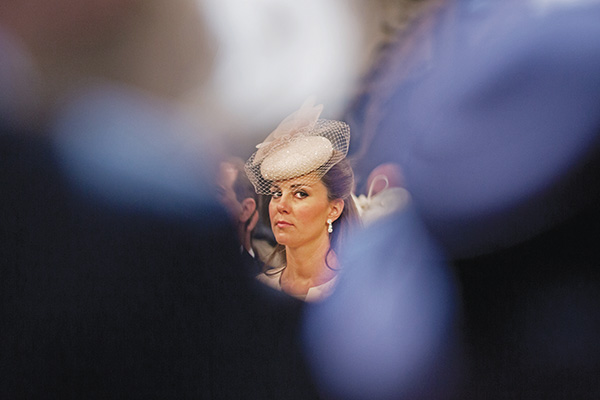 According to a study released by U.K. market-research firm Centre for Retail Research, the birth of Kate Middleton and Prince William’s baby will infuse nearly $400 million into the British economy between July 1 and the end of August. Joshua Bamfield, director of the center, estimates that the largest piece will come from parties, with $97 million in alcohol and $39 million in food consumed to celebrate the birth of the newest addition in line to the throne, due sometime in July. Sales of baby strollers are expected to rise 13 percent thanks to the desire to “keep up with the Cambridges.”

It’s welcome news for the stagnant British economy, which also got a lift from the prince’s wedding, the queen’s Jubilee, and the retail fascination with everything the duchess wears, known as the “Kate effect.” But in the industry of celebrity, pregnancy is an economic stimulus that goes beyond the royal family. Perhaps the apex of the baby boom came in 2008, when Angelina Jolie and Brad Pitt reportedly earned $11 million for the first photos of their twins. And in 2012, celebrity tabloid Us Weekly’s second-best-selling issue featured former Jersey Shore cast member and reality-show stalwart Snooki announcing her pregnancy; the issue sold 221,000 more copies on the newsstand than the year’s average.

But the benefits of the bump go beyond money. For A-listers, being with child makes a star seem more relatable, abetting the tabloid illusion that stars are “Just Like Us!” Plus, the overwhelming fascination with pregnancy weight—how much is gained, how fast it’s lost—means the media value stretches well beyond nine months.

To a great extent, the size of pregnancy’s PR boost is increasingly in the hands of the celebrities themselves, and depends on how much they want to market their private lives. Beyoncé, who has been selling out stadiums for years, chose to remain mostly out of the spotlight during her gestation last year, and still keeps daughter Blue Ivy far from the paparazzi. Snooki, on the other hand, announced her impending parenthood in the press and continues to fill her social-media feeds with her son’s picture. According to the Q Scores Co., which measures public opinion of celebrities, the public’s negative perception of Snooki decreased after she made the initial announcement. Her spinoff series on MTV, in which her husband and son have recurring appearances, was renewed for a third season earlier this year.