Home Culture Back on Air: The U.S. Fall TV Line-Up

Back on Air: The U.S. Fall TV Line-Up 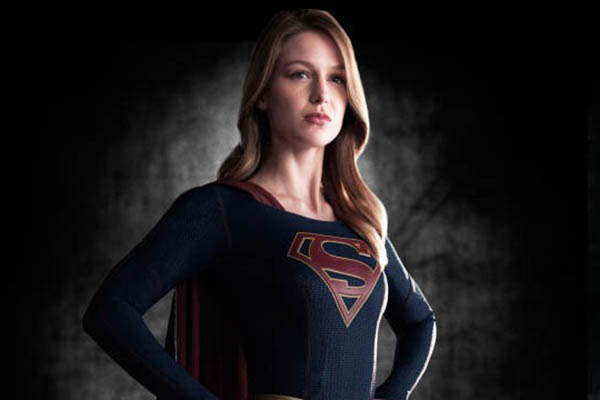 Over 100 new and returning shows will feature in packed schedule.

A naked woman, covered in tattoos, emerges from a duffel bag in Times Square. Supergirl soars. Carrie Mathison has left the CIA and is living in Berlin. And Miss Piggy has a late-night show. Get your DVRs ready, refresh your Netflix queue and make sure your on-demand service is up and running. It’s fall television premiere time in the United States.

More than 100 new and returning shows are on the packed schedule, shared between traditional networks, cable channels and online offerings from streaming powerhouses Netflix and Amazon. And not all of them will survive. In any given season, only about half of the new shows are picked up for the following year.

“A show has to be really good at what it does,” says Robert Thompson, a professor of television and popular culture at Syracuse University in New York state. “You have to have very good writing and characters that people care about.”

Among the debuts on network TV, NBC’s Blindspot—a thriller about discovering the identity of the aforementioned naked, tattooed Jane Doe—is getting some buzz. CBS will unleash the hotly anticipated Supergirl next month, while ABC is heavily promoting its terror-angled Quantico, about a group of FBI recruits suspected of involvement in an attack in New York.

In the new crop of shows, violence—and lots of blood—are in store.

On Fox, Scream Queens is the latest entrance in the slasher comedy genre, while Lady Gaga will star in American Horror Story: Hotel, the latest chapter in the scarefest anthology on sister cable network FX.

Thanks to its binge-ready release format, Netflix got the jump on the networks with Narcos, its blood-soaked look at the reign of Colombian drug lord Pablo Escobar, which hit the Internet last month to raves from critics. Wicked City (ABC) follows cops on the hunt for a serial killer in 1980s Los Angeles, and medieval epic The Bastard Executioner (FX) will also offer plenty of gore.

The bloodbath interestingly features several top names from the pop music world: Gaga on AHS, Ariana Grande on Queens and Ed Sheeran in a featured role in Executioner.

Beyond the gore, networks are also looking to draw viewers with known quantities. Minority Report (Fox) and Limitless (CBS) are based on films of the same name, and The Muppets (ABC) are returning with a new format and cheeky dialogue to draw a more adult audience.

On AMC, Fear the Walking Dead—which premiered last month—is looking to capitalize on the wild success of The Walking Dead, the zombie apocalypse saga based on a comic book series. “When it’s already a brand, it makes sense to piggyback on that,” Thompson says.

Of course, the formula does not always work. Friends spin-off Joey was a flop, as was a recent reboot of Charlie’s Angels. “This is an issue of show business, and not of science,” notes Thompson.

And then there are the returning powerhouse shows. One of the breakout debuts of last winter was Fox’s music family saga Empire—which is up for three Emmys on Sunday including best actress in a drama. “It’s a really good old-fashioned soap opera,” Thompson says. “Empire was really fun to watch.”

ABC is counting on Shonda Rhimes—the brains behind ratings juggernauts Grey’s Anatomy, Scandal and How To Get Away with Murder—to produce another hit with midseason thriller The Catch. On Showtime, Homeland will pick up the action after Mathison [Emmy-nominated Claire Danes] walks away from the CIA.

Thompson explains that networks now have more time to let shows attract a following before pulling the plug, thanks to better technology. DVRs and on-demand viewing have negated the need to be home to see a show at a particular time.

The professor cites the example of Mr. Robot, about a young computer programmer leading a double life. The USA Network psychological thriller gradually built up an audience—and critical praise—over the summer. “People were talking about it. It got some buzz,” Thompson says. “Before, if you didn’t grow fast enough, your show would be cancelled.”