Home Lightbox Back to the Front

Back to the Front 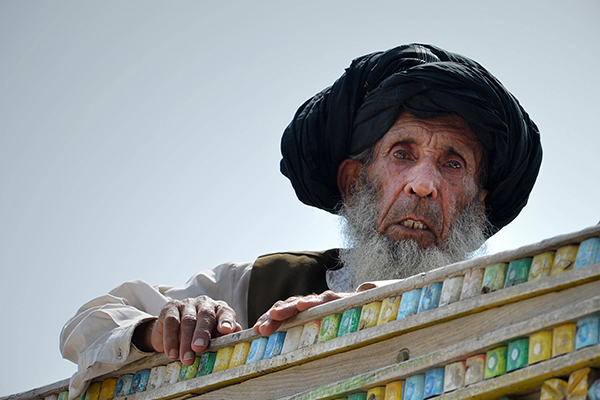 During war, a little transparency goes a long way.

Pakistan military’s Inter-Services Public Relations agency has made a number of statements regarding Zarb-e-Azb, the military operation ongoing since mid-June in North Waziristan, where the Pakistani Taliban and their Al Qaeda cohorts have long sheltered.

According to ISPR, over 1,300 terrorists have been killed so far; 27 IED and ammo factories and a large cache of arms and explosives have been destroyed; several towns and roads have been retaken from and cleared of militants; some 2,274 intelligence-led counterterrorism operations have been carried out across the country to prevent terrorist blowback; and the command and control structure of the terrorists has been significantly disrupted.

At the same time, Taliban spokesman Shahidullah Shahid has rejected ISPR’s statements. “These exaggerated claims by the ‘media’ are nothing but complete lies,” he said. “The Army wants to win this war by using the media. We blatantly refute these claims, as our central leadership is safe and sound and we are confronting the [Armed] Forces. The paid media is misleading the people about the truth.” The Taliban claim that the majority of those killed in North Waziristan, including women and children, were innocents.

Neither side’s version can be independently verified.

On July 10, ISPR did provide the media guided access to the war zone. And the version of the military appears to be closer to the truth, especially since the Taliban’s refutations have been slow in coming—an indication that their chain of command has indeed been disrupted—and terrorist blowback from the operation, which has displaced over 1 million Pakistanis from the tribal agencies, has been limited.

The uncharacteristic infrequency of the Taliban rebuttals of ISPR’s statements could be strategic. The group is perhaps minimizing its risk of being traced or is simply preoccupied with the process of regrouping and re-strategizing in the wake of the Zarb-e-Azb onslaught. Be that as it may, their radio silence appears to support the military’s claim that the militant group has effectively been degraded and is on the run.

The terrorist sleeper cells who, it was widely feared, would wreak havoc in Pakistan’s cities, on civilian targets and military installations, in retaliation over Zarb-e-Azb have not stirred. The attacks that have come—in Khyber-Pakhtunkhwa province; in Hangu, at a camp for the internally-displaced; in Karachi, on the naval dockyard and another targeting police official Farooq Awan—have blessedly been few and far between. (The dockyard attack does, however, reignite worries about radicalization within the Armed Forces, and the Hangu bombing about the security management of the camps.)

Since Aug. 14, Imran Khan’s Pakistan Tehreek-e-Insaf and Dr. Tahir-ul-Qadri’s Pakistan Awami Tehreek have been staging their respective sit-ins in front of Parliament in Islamabad’s Red Zone, which houses symbols the Taliban yearn to attack. Cynics view the fact that the militants have not attacked or even signaled their intent to attack the sit-ins as the result of Khan and the Taliban’s soft approach toward each other. Or perhaps terrorist sleeper cells are focusing their energies on Iraq and Syria, as some media reports suggest. But, again, the likely reason is that the military has indeed been able to smash terrorist sleeper cells through its 2,274 intelligence-led counterterrorism operations.

On Sept. 29, the Rangers said they had eliminated the Pakistani Taliban network from Karachi. This bodes well for the Pakistan Peoples Party’s planned rally on Oct. 18 to commemorate the seventh anniversary of its slain leader Benazir Bhutto’s homecoming. Her son, Bilawal, plans to retrace his mother’s journey from Karachi Airport to Jinnah’s mausoleum. Bhutto’s own journey was disrupted tragically by twin bombings at Karsaz.

The Taliban targeted the PPP, Muttahida Qaumi Movement and the Awami National Party in the run-up to last year’s elections. As a result, these three “secular” parties could not campaign freely, like Khan’s PTI or the Pakistan Muslim League (Nawaz). The PTI and PMLN never explicitly condemned the Taliban attacks on the other three parties. If the PPP rally goes without incident, it will serve to corroborate the statements from the military and the Rangers about the Taliban’s hobbling.

Pakistan’s media, preoccupied with the Khan and Qadri protests, has seen it fit not to verify the claims and counterclaims flowing from Zarb-e-Azb. It is perhaps persuaded against doing so by an unusual sense of responsibility to what it considers the national interest. Even the Western press is going by and taking at face value statements from ISPR. It is safe to assume this is because Pakistan’s allies, like the U.S., truly believe no “double game” of any sort is being played this time round.

No one can reasonably quibble with or contest the objectives of Zarb-e-Azb. There is also no reason to doubt the military’s version of events. From what we have to go on, the operation is succeeding. But Pakistan, and the military, would be better served with some more transparency.

Ziauddin, former executive editor of The Express Tribune, is based in Islamabad.