Backlash for Iraq’s ‘No Chocolate’ Cleric 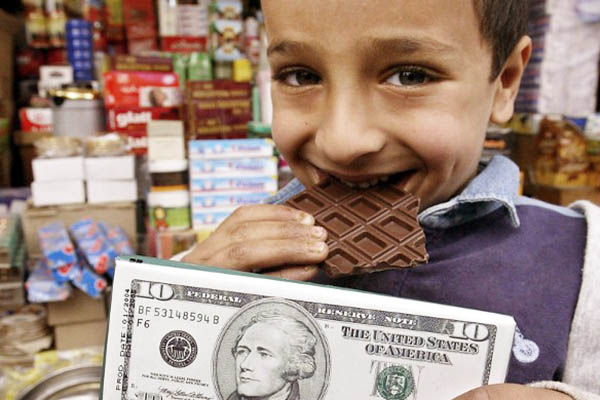 Member of the Supreme Iraqi Islamic Council party had urged worshippers at a mosque to save money instead of buying candy.

Iraqis took to social media Monday to pile ridicule on a cleric who said in a sermon that people should cut down on chocolate bars to fight the economic crisis.

At a Baghdad mosque on Friday, Sheikh Jalaleddin al-Saghir took aim at Iraqis’ immoderate love of “Nestle”—a generic term for chocolate bars which they pronounce “Nestelleh.”

“Brothers, chocolate bars are not necessary. Restrict your spending because you may be in need tomorrow,” said the cleric, a former M.P. from one of the country’s leading parties. A video of the sermon, in which Saghir suggests Iraqis could save 70 percent of their salaries if they tried a bit harder, has since gone viral, drawing widespread online anger and derision.

Iraq has some of the world’s largest proven oil reserves, but years of corruption and mismanagement combined with plunging oil prices have left it dangerously close to insolvency.

In comments to posts of the cleric’s video, many argued that a worse case of bad spending might be the millions allotted to the privileges Iraqi politicians enjoy, such as lifetime bodyguard protection for former lawmakers.

A chocolate bar costs an average of 250 dinars in Iraq.

Internet users flooded social media sites with poems, cartoons and photomontages showing Saghir’s effigy on various popular snack bars, including one that was rebranded “Chocoladdin” for the occasion.

A spokesman for the Supreme Iraqi Islamic Council party to which Saghir belongs stepped in with his own video posted online. “Whoever attacks Sheikh Saghir will regret such a base act,” Baligh Abu Gilal said.