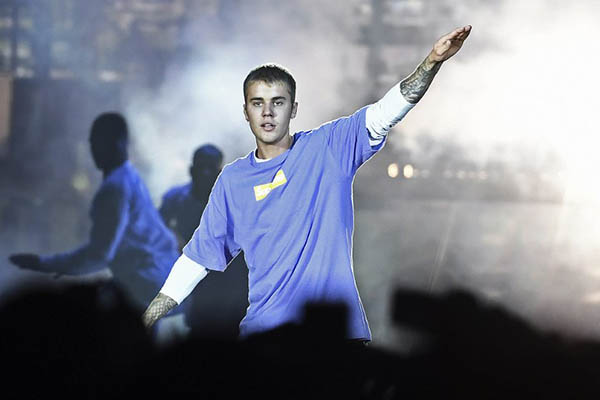 Pop star no longer welcome in Beijing over his ‘bad behavior’

Justin Bieber is not welcome to perform in China because of his “bad behavior,” Beijing authorities have said, after the pop idol angered many Chinese in 2014 by visiting a controversial Japanese war shrine

The Beijing Municipal Bureau of Culture revealed it was not a “Belieber” when it said the 23-year-old Canadian, who last played in the country in 2013, had a lot of growing up to do if he wanted to return. The statement came after Chinese fans posted comments on the agency’s website demanding to know when their heartthrob would be allowed to perform in China again.

It is “inappropriate to introduce bad behavior into the performing arts” it said, calling the performer out for his antics and urging him to turn over a new leaf. “We hope Justin Bieber can improve his words and deeds in the process of growing up and become a singer people really like.”

The singer recently helped hit single “Despacito,” originally released by Luis Fonsi in January before Bieber came out with a remix two months later, achieve 4.6 billion streams, according to the Universal Music Group.

The Beijing cultural bureau did not specifically mention Bieber’s 2014 visit to Tokyo’s Yasukuni Shrine, which honors millions of mostly Japanese war dead, including convicted World War II war criminals. The shrine is seen across Asia as a symbol of Japan’s perceived lack of penitence for its past imperialist aggression, under which China in particular suffered heavily.

Shortly after his trip, the singer behind the hit song “Sorry” issued an apology to scandalized Chinese fans, saying he was “mislead to think the shrines were only a place of prayer.”

But some have never forgiven him.

“Anyone who knows and then visits the Yasukuni Shrine is annoying,” a user called Qiao Ating wrote on China’s Twitter-like Weibo website on Friday. Another Weibo post agreed: “It’s good he’s not coming. He is a bad boy.”

Fan Jiayi, a jewelry designer in Shanghai, told AFP she supported the authorities’ stance, saying: “I do not think the government would reject him unless there was a big problem.”

Bieber is due to perform in Hong Kong in September as part of his “Purpose Tour.”

Big-name Western acts have in the past been banned from performing in mainland China over political gestures. Maroon 5 cancelled a concert in 2015 after authorities refused permission because a band member had met the Dalai Lama, whom Beijing views as a separatist threat. Later the same year American rock group Bon Jovi—who have included imagery of the Dalai Lama in a show—abruptly scrapped two dates in Beijing and Shanghai.

Chinese officials have been especially sensitive about live concerts since Icelandic singer Bjork chanted “Tibet! Tibet!” during a performance of her song “Declare Independence” in Shanghai in 2008. China says its troops “liberated” Tibet in 1951, but many Tibetans accuse Beijing of religious repression and eroding their culture.