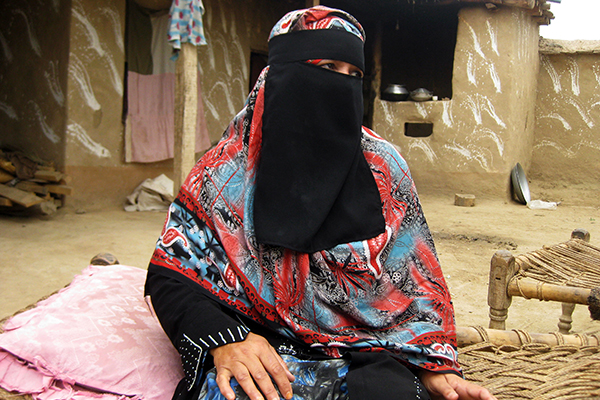 Hers is the first bid for Parliament by a woman from Pakistan’s violence-pocked tribal areas. But does Badaam Zari have a shot at winning?

She’s the first woman to ever run for Pakistan’s Parliament from the federally-administered tribal areas. Badaam Zari’s against-the-odds bid for public office is unlikely to make any more history than that, but it does point to the unremarked success of Pakistan Army’s counterinsurgency efforts in the strife-torn region.

Today, in other towns and valleys across the tribal belt the Army is continuing its offensive, striving to debilitate militants from unleashing mayhem on May 11, the day Pakistan goes to the polls to elect representatives to the national and four provincial assemblies. Zari’s nationally-feted candidacy from Bajaur signals the changes the Army operations have wrought to the deeply conservative tribal hinterland.

“Security isn’t an issue at all for now,” one Bajaur official tells Newsweek wishing not to be named given the fragility of the peace in the area. “The militants have been flushed out and the political parties are running their campaigns without fear.”

The 2013 elections mark the first time that Pakistan’s political parties are allowed to openly campaign in the tribal areas. Previously, given the legal gray zone that this region exists in, candidates could only run for the federal assembly as independents.

Zari’s decision to take the plunge into politics has the support of her family, who see the democratic process as the surest means to address the sense of alienation rife among the residents of the troubled tribal belt. “It was solely Zari’s decision,” says her husband, Muhammad Sultan, who is the principal of a local all-boys school. “I support it, and the extended family supports it.” (Sultan and Zari have no children.)

Zari, who is 53 years old, is herself unschooled. This is part of what drives her to prove herself in the political arena. “I suffered a lot for being illiterate,” she tells Newsweek. “I want to spread education in Bajaur.”

‘I came to know that a woman is running for Parliament from here through the news,’ says Muhammad Iqbal, a vegetables seller. ‘I have yet to see what she looks like or whether it’s even true.’

Education has become a powerful rallying cry in the tribal areas ever since the Taliban began attacking all-girls schools. When they shot teenage activist Malala Yousafzai in Swat last October, Zari was convinced something had to be done. The political process, she says, seemed to be a practical route toward mainstreaming education for girls in her hometown.

But the threat of terrorism is never far from anyone’s mind in Bajaur, especially when women push for their rights and education for girls—activism that the Taliban takes offense at. “We know about the threat from the Taliban,” says Sultan. “They are going to disrupt the elections, but so far we have not been threatened. My school has not received any threat. It is inside a heavily-guarded colony in any case.”

He says the immediate challenge for the time being is to make his wife’s campaign, which he is volunteering his time to, more visible. “We have limited resources, we cannot afford publicity for the campaign and we don’t have the funds to organize rallies of any kind,” he says. “If I say that we don’t have any problems you will not believe me. But believe this: people from all over the region are calling us to lend support. This is really boosting our morale.”

“We are equal, men and women,” says Zari. “We should be able to jointly address the problems of our society—in health, in education.” A major hurdle for her is reaching out to all voters. As a woman running for office in one of the most traditional parts of the country, Zari has so far been unable to make her case as a candidate directly to the agency’s male voters, who comprise 63 percent of the 355,969 registered voters in Bajaur. “She has been addressing women in family quarters,” adds Sultan. Zari, who covers herself from head to toe in the benign fashions common in the area, has been going door to door to convince women to vote for her, and to get the men in their families to also support her bid on Election Day.

The Pakistani Taliban have made their disgust for the elections known. In a recent video, their chief, Hakimullah Mehsud, called democracy a “system of infidels.” The militants have also vowed to attack political rallies organized by so-called “secular” parties: Pakistan Peoples Party, Awami National Party, and Muttahida Qaumi Movement.

Zari will square off against 27 men, including the brother of Khyber-Pakhtunkhwa province’s governor and candidates from the PPP, Jamaat-e-Islami, Pakistan Tehreek-e-Insaf. She is contesting the elections as an independent candidate. Despite the very crowded field, Zari’s husband, Sultan, feels she has a shot at winning. “We don’t want to criticize the men who were previously elected from Bajaur,” he says, “but one thing is clear, they didn’t do anything for the development of people around here.”

Given her absence from major political activity due to scarcity of funds and her history-making bid for the National Assembly, some in Bajaur view Zari’s bid with disbelief.

In the dusty streets of the bazaar in Khar town, where Sultan’s school is also located, the campaigns of other candidates, all men, are heralded midair and on mud-brick walls competing for attention with advertisements for soap and bottled water. Zari’s posters are missing from this marketplace.

“I came to know that a woman is running for Parliament from here through the news,” says Muhammad Iqbal, a vegetables seller. “I have yet to see what she looks like or whether it’s even true.”

Cynthia Ritchie Has Been Working With ISPR, KP...